The camera is a fab little machine: a fast shutter (1/120s) and a mid-range aperture (f/10) means that most subjects from 1m-infinity will be in focus from the wide-angle (31mm) lens.

The flash is powered by AAA battery for fast recharge and long-life (battery included) and your camera comes with two Kentmere 400 35mm films to get you started straight out of the box.

A fantastic gift for a new film photographer to learn the basics of analogue photography, composition and exposure.

The film is able to be developed by all B&W labs.

When you buy your Harman 35mm film camera from us we can ship it across the UK, Europe, USA, New Zealand, Australia and Canada (more countries planned soon!) So grab one and dive back into the fun of 35mm film photography!

I'm torn over this camera. Optically it's one element lens is surprisingly good and better than any disposable I've used and the new Yashica MF-1 but the camera otherwise is a bit dull looking and winding/rewinding it is bloody scary. To say it is tight is an under statement - think buttock clutching worry that either the camera is gonna explode or the film will snap. I had to break out the cutlery to depress the rewind button (and that's no joke).

Optically images are a little soft but better than any disposable I've used. it even manages the trick of being okay at distances (slightly softer) which most disposable class cameras suck at.
Sample shots on XP2 not the boxed Kentmere. 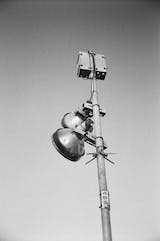