Rated ISO 400 but with the potential to be pushed to 1600 without a significant drop in quality, this 35mm black and white film is perfect for low-light conditions, creative imagery, and fast-moving (sports and children!) photography

To understand more about the details above you can check out our film guide or if you want some inspiration then head over to our page on choosing your next film. And if you want the full details about the film, including technical information, read about AgfaPhoto APX over on EMULSIVE.

AgfaPhoto is the film photography spin-off of the much-bigger German corporation Agfa-Gevaert. It's film heritage stretches back to 1964 when it began producing B&W films aimed at the consumer market but was set up as a separate organisation in 2004 to allow the parent company to focus on other industries. Much smaller now than it's heyday in the 80s and 90s, Agfa is known for film that is affordable and reliable - and had a passionate following in Poundland until recently.

When you buy your camera film from us we can ship it across the UK, Europe, USA, New Zealand, Australia and Canada (more countries planned soon!) So buy your AgfaPhoto APX Film 35mm B&W ISO 400 today and dive back into the fun of 35mm film photography!

I bought this product as part of a larger film order to simply test out films that I hadn't shot before. I usually shoot Kodak's Tmax range of B&W films for their incredibly low grain and great tonal reproduction, but sadly the price hike has made it too expensive for a daily carry around. Agfa APX 400 is a high speed, 35mm black and white film and to cut to the chase - it's really, REALLY good. I developed it using Percetol 1+1 (for even lower grain) at 20c / 25 minutes to bring it back up to box speed. I was so happy with the results, I'm more than likely going to make this my daily B&W film from now on!

It has much less contrast than say Tri-X or HP5. If you're digitally scanning, it's great as there's SO MUCH TONE to play with, detail is retained in all of the highlights incredibly well, so you can over expose a little if that's your look. I often find that more contrasty films only capture a portion of what my eyes see, and leave either the highlights or shadows in a state of confusion and loss of detail. One more thing to add, photographers forget that you can control the contrast of your work as part of the scanning / printing process, so if it appears "flatter" than you would like, just add more contrast!

Overall, this is a great film that suits the modern workflow incredibly well. 5/5 would take on a second date. 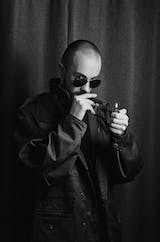 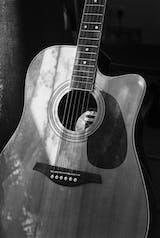 B
B.
Perfect for: Great All-Rounder, Street Photography, Creative/Abstract
An interesting alternative to HP5

A great stock to try if your bored of shooting HP5, as it will be familiar yet fresh. It has a cool, almost washed out look that’s super in fashion at the moment.

It can be pushed, as shown in the below photos, but not as well as HP5. Picks up grain pretty quick, even pushed to 800.

But yeah, it’s a good film. Try it if you’re looking for something different

This film turned out some really beautiful low contrast images for me, I'm new to shooting black and white but this has made me want to shoot some more and it has great fine grain I loved it.

I didn't know much about this film but I've grown to like it. It has fine grain and at ISO 400 it is useful at virtually any time of the year. Tones are smooth and the contrast is less than HP5 but that's no bad thing. It's a film stock I'll return to, mostly because it's good value compared to the better-known brands but also because I like the look of it.

Photo developed in Cinestill DF96 and scanned on an Epson V550. No adjustments.