One of 2019's best-selling films - and for very good reason!

A film with high light sensitivity and balanced for providing natural colours and skin tones under artificial light, the Cinestill film 800T is a perfect 35mm for all you partygoers and night owls who want to capture an authentic view of your twilight world. Shoot in daylight for a blue tint, which can easily be corrected with a soft warming filter as needed.

To understand more about the details above you can check out our film guide or if you want some inspiration then head over to our page on choosing your next film. And if you want the full details about the film, including technical information, read about Cinestill 800T Tungsten over on EMULSIVE.

When you buy your camera film from us we can ship it across the UK, Europe, USA, New Zealand, Australia and Canada (more countries planned soon!) So buy your Cinestill 800T Tungsten Film 35mm Colour ISO 800 today and dive back into the fun of 35mm film photography!

I grabbed a roll of this to try out ahead of going to a festival this summer. I figured it would work well for evening shots as well as daytime with an ND filter. However, obviously Covid had other ideas!

So, I was left with trying it out in the daytime. In a lot of sun. And I used ND filters to make things more manageable. But to be honest.... don't use this in the daytime. Yes, I know it's a fast film but it is also meant to be a bit flexible. I don't mind a bit of grain in my films but this just isn't nice. And the colours are harsh and unpleasant, as well as being stubborn when post processing. This film is also known for having a bit of a halo on high contrast areas which might work nicely for neon lights but I found it just made my lens looking like it had an issue (it hasn't - the lens is fine).

I'm honestly not sure why I've had such bad results with this film. It's repurposed from Kodak cinema film and I've shot with the same cinema stock and got great shots. But for me it just looks like the dodgy film you'd get for free 30 years ago - not something that is much more expensive than other films on the market.

Maybe I should try it at night. But to be honest, I'd rather push some 400 film. Sorry! 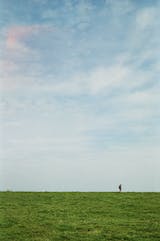 Exactly like everyone says, this film will give you the unique cinematic quality that probably no other will! Being balanced for tungsten light, it is perfect for night or indoor photography. But be careful! It is prone to static discharges and weird halos if you are too rough while winding it (see sample photo). Otherwise great film and has this amazing red glow around strong sources of light. But you are reading its review on AW, you must already know that.

Ideal for night shooting, creates a wonderful cinematic look to your shots, the red halation around light sources is a love/hate issue for a lot of people but I personally am a big fan. 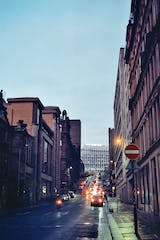 This is excellent for portraits - I shot this sample pic with a Trip 35 in daylight with an orange filter - but gets quite grainy in low light (though I'm prepared to assume that's user error!). I think this might shine for me when used with an SLR allowing me to have more control over exposure, because with the Trip my low light shots didn't come out as I wanted, but I've seen others have excellent results. 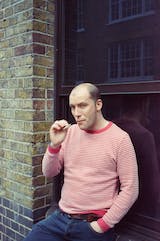