The 36-exposure version of the 35mm value film, the Kodak ColorPlus 200 is a great option for photographers on a low budget. For a small investment, you will get great colour reproduction, a forgiving exposure range, and good detail. Kodak ColorPlus 35mm film performs best in sunny weather (don’t we all). It’s sometimes known as Colourpolus, Color Plus or even Colour Plus.

To understand more about the details above you can check out our film guide or if you want some inspiration then head over to our page on choosing your next film. And if you want the full details about the film, including technical information, read about Kodak ColorPlus 36exp over on EMULSIVE.

When you buy your camera film from us we can ship it across the UK, Europe, USA, New Zealand, Australia and Canada (more countries planned soon!) So buy your Kodak ColorPlus 36exp Film 35mm Colour ISO 200 today and dive back into the fun of 35mm film photography!

Dug this rollout of the back of the cupboard expiry date 10/ 2007
Expose in a rage between 4 sec to 1 8th and developed in Bellini C41 chemicals Lighting was tungsten set to 3200 and the best image looked ok. It has performed well despite its age ,I must try a fresh roll of this film soon 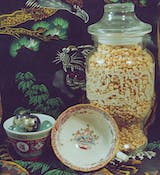 Great cheap stock that delivered nice warm colours in Autumn. Shot at box speed and would happily use again, especially come summer time. Also came out with lovely skin tones and dark cool colours indoors under neon and warm lighting but unfortunately my unsteady hand let me down. 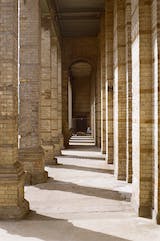 Excellent for running around and taking snaps. This is a film to have fun with, not for professional work.

Used this film in a variety of locations. This film delivers a nice warm tone and really likes autumn colours.. I seemed to get better results in lower/more even light. In scenes where there was a greater range of light and shade it didn't cope so well, especially in the shadows.

Here is an example of this film stock