Recalling the iconic Polaroid square image, this is the newest member of the Instax family - a film with the same vivid colour renditions and nautral skin tones of the Mini and the Wide, but adapted for use in the Instax SQ10.

When you buy your camera film from us we can ship it across the UK, Europe, USA, New Zealand, Australia and Canada (more countries planned soon!) So buy your Fuji Instant Film Instax Square Colour ISO 800 today and dive back into the fun of Instax Square film photography!

Great film. It's reliable, and versatile.
Smaller than Polaroid, so you can lose some detail, but has the same contrast qualities as instax wide and mini. The plus side of the smaller film, is the generally smaller cameras, and they're as close to pocket sized instant photography you can get. 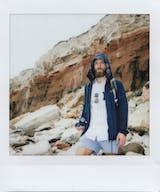 I had an actual Polaroid before and shot some packs of film with it but it was just too expensive, so eventually I purchased an instax SQ6 and I love this film, it’s colours are lovely and not too dark or washed out. I now use it with an instax share SP-3 smartphone printer and I print pictures from my iPhone, I now have a whole wall of polaroids haha. So much fun!! 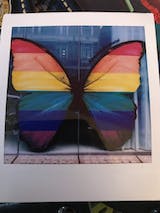 This film is a great (read: massively cheaper!) alternative to the Polaroid 600 films, with the one downside being that its smaller and so captures less in an image. Where polaroid film still has that sort of far away vintage look, the Fuji instant film is much more likely to capture your image accurately - so depending on how you want to approach the subject this may be a better film. For example, I can get great photos of my mum’s black Labrador with this one that i’m Just not able to get with the Polaroid! 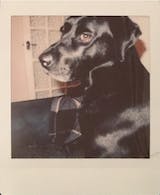 Great film, quite reliable would definitely get again