This is an excellent 120 film that delivers great detail resolution even in difficult lighting conditions - its name will become obvious as you can take your medium format camera and stress it in a variety of creative situations without worrying about loss of contrast.

To understand more about the details above you can check out our film guide or if you want some inspiration then head over to our page on choosing your next film. And if you want the full details about the film, including technical information, read about Foma Creative over on EMULSIVE.

When you buy your camera film from us we can ship it across the UK, Europe, USA, New Zealand, Australia and Canada (more countries planned soon!) So buy your Foma Creative Film 120 B&W ISO 200 today and dive back into the fun of 120 film photography!

This was my first 120 film, shot with 6x6 camera. I developed the film with ID-11, and I am quite happy with the results, the negatives are not very contrasty -maybe the contrast can be improved using different developer/agitation method- however I prefer low contrast negatives and work on the constrast during post-production. I would recommend this film to beginners and to everyone is looking for good value for money 120 film. 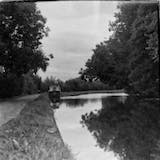 S
S.L.
Perfect for: Beginners, Creative/Abstract
Not my type of B&W film

I got some good results with the Fomapan 100 and wanted to test the range but I was a little bit disappointed with this film. Personally I like very contrasty B&W films and this one isn't the images that I took on a 6x6 camera are very faded with hardly any contrast and tonal range. The sample submitted below was the best one. Not to my liking. 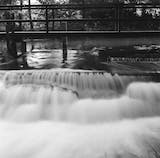 I'm afraid I really don't rate this film. The results from my first film weren't bad, so I bought it in bulk to get a better price. But I've had lots of problems with it. In particular, the backing paper numbers come out on the film! And light areas sometimes show bizarre butterfly-shaped specks all over. I'm doing my own development, so I could have caused this myself somehow, but I've never had the problem with any other film and I've used lots. So my advice is, spend a little bit more money and get something that won't disappoint you. 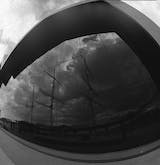 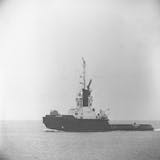