A truly legendary film, Kodak Tri-X was first introduced in 1940 in sheet film — meaning it is approaching its 80th birthday! Key to its longevity has been its flexibility. Photographers can take Kodak Tri-X 400 film into a variety of lighting situations and recover highlights and shadows or generate different grain feel through processing choices. It has been the first choice for many top photographers over its lifespan. In fact, when Kodak went through bankruptcy and restructuring in 2012, Don McCullin panic-bought 150 rolls in case it didn’t survive the turmoil! Fortunately for Mr. McCullin and every other photographer, Tri-X did survive and is still available fresh in both 35mm and 120 formats. It’s sometimes called 400 tx, Trix or Kodak 400TX.

When you buy your camera film from us we can ship it across the UK, Europe, USA, New Zealand, Australia and Canada (more countries planned soon!) So buy your Kodak Tri-X Film 35mm B&W ISO 400 today and dive back into the fun of 35mm film photography!

I have to admit I had never used Tri-X before and always opted before for HP5 or Delta 400. I cant believe how long I have been missing out. It will now become a go to film. Good contrast nice grain but crisp and sharp. 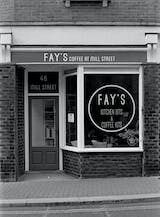 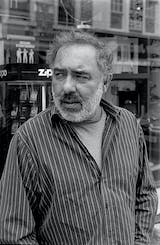 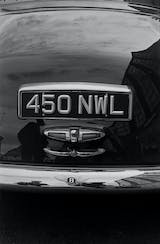 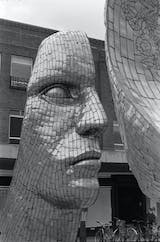 I am using this film only for low light situations. Exposed @1250 this film is giving great results developed in Duo-Step (Diafine). If You haven't tried it in this combination, I encourage You to do so.

Bought a few rolls while in Vietnam. Was really happy with the results. Held up being in a very hot backpack for months before being developed as well. 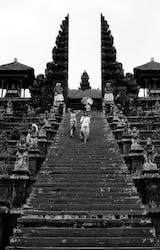 N
N.C.
Perfect for: Great All-Rounder
A great all rounder.

Bought a few rolls while in Vietnam. Was really happy with the results. Held up being in a very hot backpack for months before being developed as well.

Eastman Kodak had been at the forefront of photographic technology making the Kodak Brownie camera in 1900 and with a young engineer Steven Sasson, they had
invented the first digital camera in 1975.

Among the many people to pick up a Brownie in the 1950's was Vivian Maier. A nanny who would shoot on Tri-x 400 on her twin lens reflex camera (120 format) daily and developed the negatives at home.Fast forward today to a young artist MavisCW also shoots on Tri-X 400 35mm and develops at home. Tri-X has withstood the test of time with many a slr and dslr now obsolete. Will it outlast the "NOW" albums or "Fast & Furious" franchise, maybe.

Tri- X 400 is analogous to an ageing rock star who is now a support act for the main event "T Max and the Iso's" on the Kodak Alaris world tour. Typical of an ageing rock star Tri-x doesn't do interviews cocooning itself away with only the film leader a hint of what is to come. But when the shutter curtain is raised and the lights hit the film plane Tri-X gets to work, belting out hit after hit. Shunning the limo to the after party Tri-x takes the bus
to the home of a analogue newbie. They collaborate together and become life long friends.This is Tri-X 400s' signature. 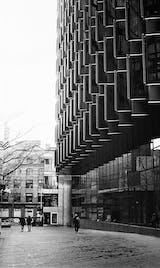