The unusual ISO rating of the Washi D 35mm film (500) is matched by its unusual origins - that of a Russian surveillance film used for military aerial recon missions and aerospace tests. Expect high contrast, moderate grain, and a general Soviet feeling when using...

To understand more about the details above you can check out our film guide or if you want some inspiration then head over to our page on choosing your next film. And if you want the full details about the film, including technical information, read about Washi D over on EMULSIVE.

When you buy your camera film from us we can ship it across the UK, Europe, USA, New Zealand, Australia and Canada (more countries planned soon!) So buy Washi D Film 35mm B&W ISO 500 today and dive back into the fun of 35mm film photography!

I had the expected light leaks on a few frames, which did complement one shot. I got mine developed by the wonder lab, but did notice the thinness of the film that home developers have mentioned in other reviews.

I'm happy with the results I got and will be experimenting more with it, when I've a subject it suits. 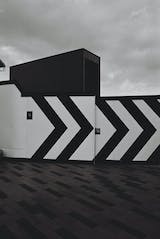 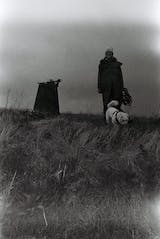 This film seems to get pretty mixed reactions so I approached it with a little trepidation. Shooting wasn't an issue, in an old Canon AE-1, set to box speed. I wasn't entirely sure what to expect, or what would suit the film, so treated it as a sort mixed snapshot roll around and about in Llangollen on a bright overcast day.

But there was still the often mentioned development "issues" to handle. What worked for me was:

Bone dry AP reel, ignore the suggestions to add a "normal film" leader because that just increases resistance, have a very shallow chamfer on the leader so it can't escape easily from the spiral, load directly from cassette (DON'T rewind fully!), start it onto the reel in room light, and wind GENTLY but smoothly. If there's any sign of sticking, wriggle the spiral back & forth a few times to free it up. Went in first time in about 5 minutes :)

Development was in Rodinal 1+50 for 11 minutes, 4 inversions at the start of each minute. The negatives looked a little thin in the shadows but there was plenty of detail in most of them once scanned. Did need to shift the centre of the levels slightly in post for some shots to bring it out. Next roll may try metering at a more normal 400ISO just to lift things a little.

The results were exactly the sort of in-yer-face contrast that I love but without the grain that so often accompanies that look. Detail is fantastic, especially given the old glass it was shot through, and there's plenty of tonal subtlety despite the contrast.

I did suffer signs of light piping on the first 3 to 4 frames but I'd read the warnings and ignored them - loaded it outdoors in fairly bright shade - so can't blame the film for that. Even so, only the very first frame was really spoilt by it, the next 2 or 3 had slight perforation marks at the edges which could be easily cropped.

Overall, I found this a really satisfying film to shoot and really looking forward to the next couple of rolls now I know what to expect when choosing subjects.

I was really hoping this would be Washi S with a more usable ISO, and whilst it almost is, it's not worth the hassle.

Getting it on a reel as others have said was a massive pile of frustration. Normally, I'm pretty good at this but I ended up giving up with a Paterson tank and switching to Jobo because the reels are more forgiving. Getting it started wasn't the problem. As more of the film goes on the reel, it gets tighter and harder to wind, which is fine for normal film, but this stuff just pulls out the the track and kinks resulting in a pretty poor development.

I was therefore kinda hoping that it wasn't worth the effort, and was glad to discover it wasn't. Doesn't have the punch that Washi S has and my images were not really different to Streetpan or Rollei films and certainly weren't different enough for me to go through the pain of developing.

One or two images on the roll are keepers but the rest were either spoiled by the uneven dev, or just not up to scratch. If I want that hard hitting contrast, I'll go for Washi S and just play on sunny days. Lesson learned. 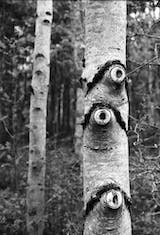 I got this film to see what kind of look it would give me compared to the Cinestill BWXX I normally use. And I’d safely say I was very pleasantly surprised. For a 500 ISO film, it has a really fine grain (developed with Cinestill df96 mono bath) that has great detail and pretty solid shadow detail.
The only issue, and I do mean only, is the film base. It’s incredibly thin so loading onto Paterson reels to develop caused some bunching and some marks on the film as a result. Maybe my reel was wet at the time which made it harder, just beware if you develop yourself.
All in all I would get this film again, exposing fir the highlights get the signature soviet look, but expose for shadows and some very pleasant shots come out

The contrast satisfied me very much even though i shot most of it under daylight. Do not have much grain though... I would suggest pushing by +1 stop during development since it even gets pretty dark under daylight