🎂 It's our birthday! Check out the fun here 😆 A professional medium format slide film from Fuji that aims to faithfully reproduce skin tones and colours for a realistic and authentic photograph. A great 120 film for a wide range of situations and lighting and one of the few professional slide emulsions in existence, it won't let you down.

To understand more about the details above you can check out our film guide or if you want some inspiration then head over to our page on choosing your next film. And if you want the full details about the film, including technical information, read about Fuji Provia 100F over on EMULSIVE.

When you buy your camera film from us we can ship it across the UK, Europe, USA, New Zealand, Australia and Canada (more countries planned soon!) So buy your Fuji Provia 100F Film 120 Colour ISO 100 5-pack today and dive back into the fun of 120 film photography!

You do have to nail the exposure with this film to avoid losing parts of your image, I suggest ever so slightly underexposing as the highlights are easiest to clip. The colour of this film can tend towards magenta a bit but the tones are so vibrant and it's nice and contrasty. If you've got a beautiful scene in front of you and you take the shot correctly, this film will deliver some lovely results. 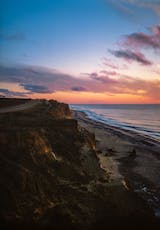 As a digital to film convert, it has taken some getting used to of the film 'look'. This film for me strikes a happy medium - with its bold colours and sharpness without a hue that is seen with Velvia, this is likely the film that closest resembles a digital image with the vibrance increased a touch. As a slide film, it is great to see the actual film on a light table and the scans don't disappoint. A film that is often not talked too much about but is a solid slide option! 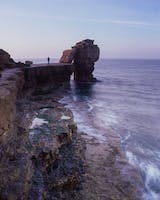 A
A.
Perfect for: Portraits, Landscapes
A real beauty...

This was my first slide film I've shot and my goodness, it's gorgeous. Colours are vibrant, contrast is great and it's so sharp! If you have E6 developers at home or your go-to lab develops slides definitely try this out, you will not be disappointed! 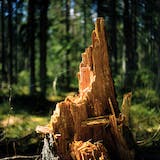 I've always wanted to try Provia but was put off by the E6 developing (meant buying a new kit).

I gave in and bought 5 rolls and have now fallen in love with the film. I've had more success with this film than any negative and the shots turn out so crisp and clear. I would choose this film over and over again as it's so rewarding.

I love shooting this film in 120 and getting back the huge gorgeous slides to look at - the colours are amazing without going overboard. The detail you can get with this film and a good lens is also stunning. If you're looking for a transparency film for medium format give it a try! 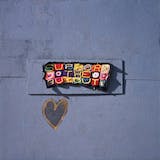