Kodak Ektachrome E100 was the most hotly anticipated film of 2018 and one of two 35mm films that Kodak Alaris resurrected last year (the other being Tmax P3200). A fantastic new slide film with a long heritage from its previous iterations, Kodak Ektachrome provides a gorgeous delivery of bright, sharp colours. As with all slide film, there is less margin for error in exposure, but this also allows for very deliberate and tight control of the light in the situation. The Kodak Ektachrome 100 is a premium film that delivers truly premium results!

If you want to compare this Kodak Ektachrome 35mm slide film with other slide films, then check out the ever-popular Velvia 50 or Provia 100F. Both are available in 35mm and 120 from our store.

To understand more about the details above you can check out our film guide or if you want some inspiration then head over to our page on choosing your next film. And if you want the full details about the film, including technical information, read about Kodak Ektachrome over on EMULSIVE.

When you buy your camera film from us we can ship it across the UK, Europe, USA, New Zealand, Australia and Canada (more countries planned soon!) So buy Ektachrome Film 35mm Colour ISO 100 today and dive back into the fun of 35mm film photography!

All sample photos are from the 'Focus on the Positives' winners! LondonCameraProject, Ken Davis, Bill Thoo and Alex Cole.

Being a positive film, it's definitely more challenging in terms of exposing than any colour negative out there. It won't handle under- or overexposure that well but when exposed correctly, it will give you technically great, saturated photos with high contrast and extremely fine grain. And you can frame them and use in a slide projector later on which is an absolutely magical experience! But, to my taste, it lacks character of Portra or other colour negatives, it's almost 'too good' and too close to how a digital picture would look like. But it's just a matter of taste. If you're after perfect, sharp and saturated pictures, go for it! 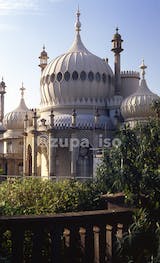 LOVE this slide film, such vibrant colours came out, would recommend for shooting even on dark cold days. 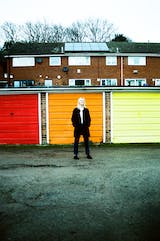 Couldn't wait to reacquaint myself with this film after too many decades and so I took it down to the coast on a brochure perfect sunny blue sky day with a vague notion of shooting seaside colour and childhood holiday vibes. Did exactly what i was expecting, and then more some. This is is what I get for shooting in crystal clear midsummer contrasty light. Possibly I needed something rather less punchy, still the grain and sharpness was wonderful. Very pleased indeed. 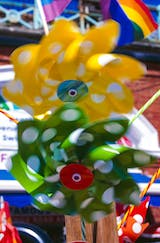 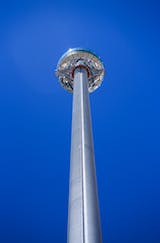 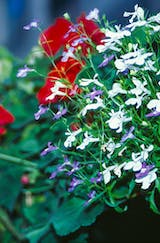 A
A.
Perfect for: Portraits, Landscapes, Street Photography, Architecture, Creative/Abstract
a classic film

this film is a classic and has come back just as good as its former glory, amazing skin tones and great for night time photography (besides a shoddy repicprocity failure) has less of an intense cast than other films like velvia and the slides look great projected! 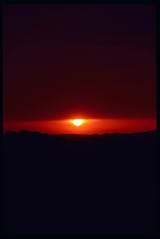 When I received the scans, I couldn't keep my eyes off of them. The colors and the sharpness are the best ever. Well worth the price. I love it.