Kodak Ektachrome E100 was the most hotly anticipated film of 2018 and one of two 35mm films that Kodak Alaris resurrected last year (the other being Tmax P3200). A fantastic new slide film with a long heritage from its previous iterations, Kodak Ektachrome provides a gorgeous delivery of bright, sharp colours. As with all slide film, there is less margin for error in exposure, but this also allows for very deliberate and tight control of the light in the situation. The Kodak Ektachrome 100 is a premium film that delivers truly premium results!

If you want to compare this Kodak Ektachrome 35mm slide film with other slide films, then check out the ever-popular Velvia 50 or Provia 100F. Both are available in 35mm and 120 from our store.

To understand more about the details above you can check out our film guide or if you want some inspiration then head over to our page on choosing your next film. And if you want the full details about the film, including technical information, read about Kodak Ektachrome over on EMULSIVE.

When you buy your camera film from us we can ship it across the UK, Europe, USA, New Zealand, Australia and Canada (more countries planned soon!) So buy Ektachrome Film 35mm Colour ISO 100 today and dive back into the fun of 35mm film photography!

All sample photos are from the 'Focus on the Positives' winners! LondonCameraProject, Ken Davis, Bill Thoo and Alex Cole.

I returned to shooting transparency after a loooong break and have been delighted with the results from this first trial of E100. The colours, especially in the sunlit scenes are spectacular. There's a really modern feel to the film, in the technology sense, but it retains that nostalgic punch of the earlier Kodak slide films like Kodachrome 64, my old favourite. Be careful - you can't be sloppy with your settings and expect this film to forgive you. Get it right, shoot at 100 like it says on the box, and you will not be disappointed. This, I think, might be my new favourite.

There's a short post about this film at https://niximagery.com/2020/05/18/sunshine-walks.html 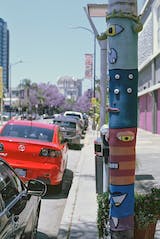 As a fervent user of Kodak films, especially reversal films, I am really pleased with the results of this film.

Lovely natural colors, or I think so. I wish negative film was like this because I don’t like grain and I found the film quite clear. I used it with a camera that has good exposure control in AP mode and home developed it and it came out fine. It looks as good when viewed through a slide projector as a scan which was very pleasing as I was a little fearful of how the projected image would look as there’s no chance of photoshopping a slide projected onto a screen. 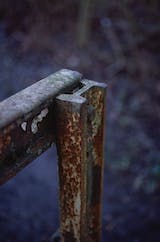 It is a real pleasure to use again Kodak Ektachrome E100, I was a big fan of Kodak E100 VS a few years ago, and I was so sad when it was stopped. Now available with the new emulsion in 132 or 120, it is a real pleasure to use it again, whether for landscape or portrait. I highly recommand this film for the sharpness, to splendid color, and the guilty pleasure when you get your photography in your hand when in the dark room. If you love saturated colors you will be pleased. 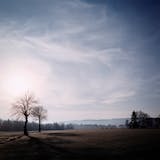