Pick up some photographic inspiration 📚 A bright and vibrant colour film from the FPP, hand-rolled for 620 box cameras. Grab your box Brownie (or similar) and bring it back to life with a fresh roll of film! ISO 100 so remember that you'll need lots of light to get the best photos.

To understand more about the details above you can check out our film guide or if you want some inspiration then head over to our page on choosing your next film. And if you want the full details about the film, including technical information, read about FPP Basic Colour over on EMULSIVE.

When you buy your camera film from us we can ship it across the UK, Europe, USA, New Zealand, Australia and Canada (more countries planned soon!) So buy your FPP Basic Colour 620 Film ISO 100 today and dive back into the fun of 620 film photography!

I really love the look and feel of this film. It gives a very nice depth to the colours and is forgiving in bright conditions. I used a 1950s Kodak Brownie Six-20 box camera and had an absolute blast shooting this film. It is becoming very difficult to find films already spooled onto 620 spools and it can be a pain to get 120 film either onto a 620 spool or adjust the 120 spool to fit into a 620 camera, so it is very encouraging to see 620 film for sale. 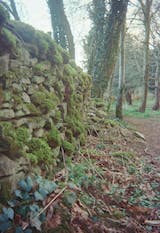 Put this film in an ancient Kodak folding camera. Results mixed at best!!

Came across a 1940s Brownie camera chambered in 620 but finding that film is near impossible unfortunately. This product fitted absolutely flawlessly, I've just had the photos developed and to my delight it all works perfectly. Highly recommended.

Excellent service, speedy delivery of this film. Was part of a birthday gift so haven't seen the results yet. Very friendly but professional & knowledgeable couple. Would not hesitate to use them again & have passed their details on to my nephew who was the recipient of the gift.