The first truly original B&W emulsion for over a decade, Pancro 400 film's launch in 2017 was met with rave reviews from photographers, who highlighted its clarity and wide margin-for-error with exposure. The replenishment batch has been much-awaited and we are DELIGHTED that it's now hit our store!

Pancro 400 is a dual-emulsion film: one with silver bromide and one with silver iodide. This means they have different grain sizes and you can get even wider exposure latitude. A must-try for any serious black and white 35mm photographer! Also called Pancro400, Pancro 400 or PAN400.

To understand more about the details above you can check out our film guide or if you want some inspiration then head over to our page on choosing your next film. And if you want the full details about the film, including technical information, read about Bergger PAN400 over on EMULSIVE.

Bergger is an exciting French company which provided one of the highlights of 2016 by announcing they were producing a brand NEW B&W film for the market - the Pancro 400. Unlike many films which have existed for decades, Bergger has invested in research and development - as well as machinery and people - to innovate and explore new possibilities. Combining brand new technology with age-old formats has proven a hit already, and they will surely grow in prominence as their product line extends.

When you buy your camera film from us we can ship it across the UK, Europe, USA, New Zealand, Australia and Canada (more countries planned soon!) So buy your Bergger PAN400 Film 35 B&W ISO 400 today and dive back into the fun of 35 film photography!

I was intrigued enough in the images from folks who had used Bergger Pancro 400 that I had to give it a try. I am no expert, I am still finding my way in photography, but even the greenest of novices can get excellent images with Bergger Pancro 400 with a little care. I had mine developed at a local lab, but in future i will try to develop it myself using Bergger's chemistry. 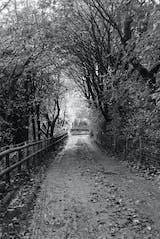 I'd read quite a bit about this film before trying it out and knew that there could be some quite pronounced grain when overexposed. So it was maybe a bit daft of me to put it into my Yashica Electro 35 - an aperture priority camera. Consequently, I loaded it up and then the weather brightened up... so to give me any flexibility I rated the film at 200 rather than box speed.

I figured that would be fine as Bergger do big up their exposure latitude. And actually, it was fine. And the film grain appeared exactly as I was led to believe. The highlights are very grainy when overexposed. At first I was unsure but then I decided I kind of liked it - gave quite an old, classic feel to some of the shots.

However, where this film undoubtedly excels is with its tonality. The gradation is lovely. You can really push the contrast of it, bringing those blacks down whilst keeping all the greys in there too. Interestingly, you can see how clean the blacks are whilst the highlights get grainy. It also retains a lot of nice detail.

I'm definitely going to try out some more of this, and try it at 400 this time. I don't think I've got the best out of it but I'm giving it 4 stars just for the tonality alone. I don't mind the grain but if you're not a fan of grain you may want to steer a bit clear.... or at least make sure you're metering properly! 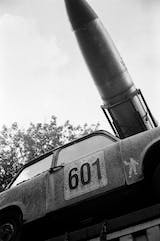 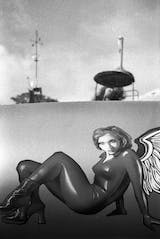 I rely on this film to photograph Landscapes and wooded scenes. I found that if it's developed in Xtol 1:1 the results are beautiful negatives, scans, and prints. The tones are wonderful and use this film when I try to obtain a particular look.

Used this film for a walk around Birmingham focusing on architecture. The film handled the greys perfectly and kept plenty of details, with an excellent level of grain.

I have been trying different B&W films to compare their results and have been impressed with the results from this roll of Bergger Pancro 400
There is a lot of detail retained in the shadows very acceptable contrast and a great tonal range. I quite like the grain too. Still not quite as good as HP5 in my opinion, but it's a very close 2nd and I will definitely be buying some more Pancro 400 in my next film purchase.