Street Candy is one of the new films from 2017! Back for a second run after selling out the initial stock, this 35mm Street Candy film is a sweet emulsion that was originally used in surveillance cameras. The high sensitivity of this high contrast black and white film makes it perfect for street photography and dramatic light conditions. You will enjoy the bright branding as much as you will enjoy shooting with it.

To understand more about the details above you can check out our film guide or if you want some inspiration then head over to our page on choosing your next film. And if you want the full details about the film, including technical information, read about Street Candy ATM400 over on EMULSIVE.

Street Candy is the first film from Vincent, the man behind "On Film Only". His passion for analogue photography is exceptionally strong and we hope that this is the first of many products that he brings to the film market!

For more information about the brand check out our interview with Vincent.

When you buy your camera film from us we can ship it across the UK, Europe, USA, New Zealand, Australia and Canada (more countries planned soon!) So buy your Street Candy ATM400 Film 35mm B&W ISO 400 today and dive back into the fun of 35mm film photography!

This is such a great film for moody, atmospheric street and architectural photography. I liked it less for portraits but that is personal taste; it will be my film of choice on any trip to a city. I was so impressed by the level of detail captured by this film in conjuction with my canon eos 300 and a nifty fifty. It was also a cinch to develop at home with exciting results. 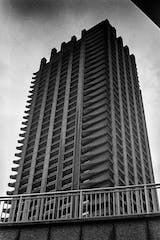 Knew this film was high contrast straight out the gate but thought I’d push it one stop regardless. Happy with the results; nice versatile film although my street photography skills need a lot of work! 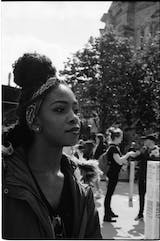 So, disclaimer first. This is the first film I've shot and developed in 35 years using a new (used) camera, new dev kit and a new scanner. Now the apology. I had planned to process two rolls of FP4, I ended up with two reels of Street Candy but my head was still in FP4, so I processed the film in FX-39 II which, as anyone can see, brought out a staggering amount of grain in the film. Shots were from a family holiday, some taken by my ten year old and then a bunch of randoms to finish off the roll.

So firstly, this is a very generous roll of film. There were around 44 shots in the canister, a Brucie bonus which also had a downside. In the changing bag the film was very easy to get on a reel, however I found I still had a foot of film when it stopped loading. Assuming I'd cocked up I clipped the film and added it to a second reel. Afterwards it was obvious reel 1 was full and reel 2 had around 7 shots and a long tail on it. In camera, I noticed it had wound past 36 and panicked as it just didn't seem to have an end. Rewinding to the canister was hard work, I thought perhaps I'd broken something - it was just incredibly full. The canister itself was a pain to get open, used to HP5 and FP4 in the past I imagined it would just pop open, but I ended up wrecking the canister lid with pliers and scissors to get it open. Film intact

Developed as HP5 using high acutance FX-39 II, everything went fine and the negs dried pretty well, little dust and flat for the first 3/4 - a little curly at the end. New to scanning so probably could be done better. I tried not to adjust contrast etc but each frame was scanned with some exposure changes. As you can see there is an amazing amount of grain but the film still renders a good range from black to white. Dark areas still had detail in them and focus seems to have been pretty sharp.

So, all in all I am pleased with the film, just me that needs sorting out. Another roll on the way... 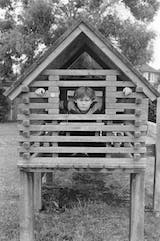 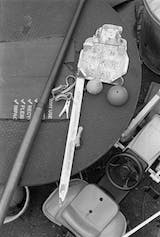 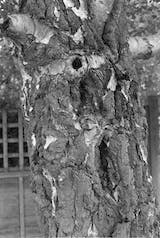 I messed this up, or so I thought. After I loaded this film I neglected to change the iso dial for the camera’s meter, leaving it at 100, and I only noticed near the end of the roll. The lab pulled it and I was really happy with the results. Lots of detail throughout. I’ll be using this a lot more in future. @misterjabsticks 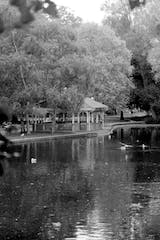 I'm super impressed with this film - I love that it's high contrast but still able to retain details in the midtones. Highly recommend you check it out if you're looking for something a bit different! 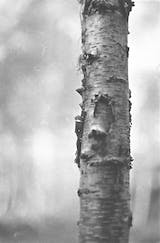