Delta is a modern emulsion from Ilford and this is the daylight-rated variant- created with finer grain to provide sharp black and white images with excellent contrast.

While this means the 120 film is slightly less forgiving of wide exposure latitudes, the professional results when you nail the exposure will blow you away!

To understand more about the details above you can check out our film guide or if you want some inspiration then head over to our page on choosing your next film. And if you want the full details about the film, including technical information, read about Ilford Delta over on EMULSIVE.

When you buy your camera film from us we can ship it across the UK, Europe, USA, New Zealand, Australia and Canada (more countries planned soon!) So buy your Ilford Delta Film 120 B&W ISO 100 today and dive back into the fun of 120 film photography!

Nice, fine grained film with some great tonal range, working well for landscapes and fine detail. Developed in Ilfotec DD-X gave a nice grain structure and good mid-tones. Not quite as contrast-y a film as my personal preference (Orwo UN54/Lomography Potsdam Kino is my go-to 100ASA film, I would go with Ilford Pan F+ for a lower speed film, or HP5+ for higher speed) - but fits in a nice mid-low speed niche between Pan F+ and HP5+ for a good balance of speed, tones and grain. Easily available and lots of development information out there too - dries flat and easy to scan. 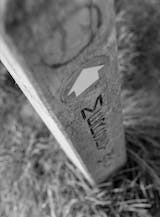 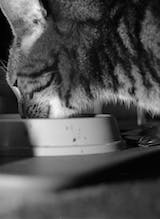 Used this as the first roll through a 1930s Zeiss Iconta after resetting the focus scale. The shutter speeds are "close-ish" but the Delta had no problem at all dealing with any variation from metered values.

Sharpness was limited by the camera - it was pretty clear that the film itself was miles ahead of the lens, but that's what you get for shooting old folders! Really nice tones, solid contrast, and plenty of latitude - pretty much everything you could want in a stock film!

Developing in Perceptol stock according to Ilford's timings produced nicely graduated negatives with essentially no grain. Really couldn't have been easier!

I normally keep this in 35mm, but this is the first time I've tried it in 120. It certainly won't be the last. 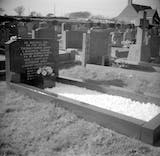 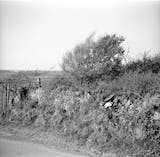 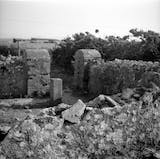 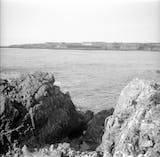 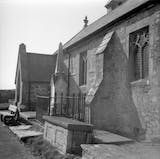 Tried this out this afternoon using my trusty Bronica S2A exposure was at F11 @ 1/125 hand held Love the rich range of tones obtained. Correct exposure as others have said was essential. Metered using Seconic Profi six. As this was a bright afternoon I obtained the results that I was looking for. I am well pleased with this film.

Like every other Ilford film this is superb. Super fine grain, wide tonal range and great contrast. 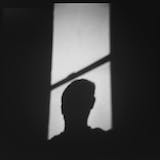 Here's another shot I made 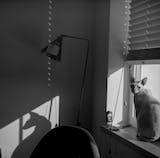