The Kodak Ektar 100 is a fantastic professional 35mm film for nature, wildlife and fashion photography thanks to its vivid colours and optimised sharpness. This also makes Kodak Ektar a wonderful holiday film, ensuring you come back with photos that burst with life!

To understand more about the details above you can check out our film guide or if you want some inspiration then head over to our page on choosing your next film. And if you want the full details about the film, including technical information, read about Kodak Ektar over on EMULSIVE.

When you buy your camera film from us we can ship it across the UK, Europe, USA, New Zealand, Australia and Canada (more countries planned soon!) So buy your Kodak Ektar Film 35mm Colour ISO 100 today and dive back into the fun of 35mm film photography!

Ive often been disappounted with prints of my sunset photographs , the colours are never the same, but at last I have found a film that captures the range of colour and recreates the scene as I saw it with my eyes. Ektar 100 is so adaptable and works just as well at night as it does during bright sunshine. I love the colours and the fine grain and will definitely be using it again.

Is it you Ektar or is it me? I don't think I've ever seen eye to eye with Ektar. I always find after shooting Ektar I'm excited to see it. It's supposed fine grain and contrasty colour are talked about wide and far, but for some reason it just never lands or fathoms the results I hope to see from it.
I think out of 5 rolls of 120 and 3 of 35mm I've had one of my lowest hit rates of any film stock. However those 'hits' have been spectacular and surprisingly from long exposures. So maybe thats the key for me and Ektar, its definitely one you have to figure out for yourself. It's just not the colour negative for me. 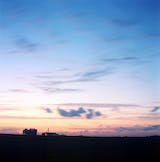 I am in loooove with the image quality and results I get from Ektar 100 every time! Every time I go on holiday I bring at least one roll, it performs especially well on the seaside and with greens. Personally I've also had great results when shooting portraits, the only thing is that skin tones may turn out a biiit darker than usual but I don't mind that. The grain is extremely fine and barely noticeable as other users have mentioned which is what I really love about it and also the smooth tones. Unfortunately for me UK weather doesn't really give many opportunities to use this film stock but I recommend to anyone who hasn't tried a low speed film to give this one a go!

This film came out great when I shot it in Yosemite national park and places with bright colours. It especially renders green and blue colours beautifully.

Great film for landscapes! Less great for portraits as the skin tones come out very saturated. Great for places with lots of colours! 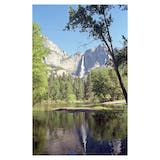 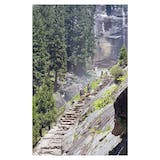 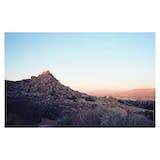 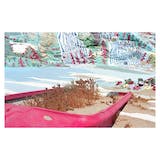 A supremely detailed film with razor sharp images and barely visible (if any) grain. Almost like a slide film in it's detail. I love the look that this film gives, particular for nature shots and greenery, as well as for travelling. I have had no problem using it for portraits too, but I do think for portraits it can sometimes make the colours have a little too much strength. This is quite an asset for nearly all other photos though. The images speak for themselves. If I have any negative (no pun intended) it's that the exposure needs to be a little more exact than with other colour negative films. That said, it is far more forgiving than any slide film and produces images that are just as good or better. I wholeheartedly recommend it.