A good all-round black and white film, this medium format emulsion can cope with most situations under daylight conditions and will return images with medium contrast and outstanding sharpness.

To understand more about the details above you can check out our film guide or if you want some inspiration then head over to our page on choosing your next film. And if you want the full details about the film, including technical information, read about Ilford FP4 Plus over on EMULSIVE.

When you buy your camera film from us we can ship it across the UK, Europe, USA, New Zealand, Australia and Canada (more countries planned soon!) So buy your Ilford FP4 Plus Film 120 B&W ISO 125 today and dive back into the fun of 120 film photography!

If I want classic, predictable results on a bright day, I'll pick FP4 every time. I prefer FP4 over similar-speed alternatives like Ilford Delta 100 and Kodak TMax 100 not just because it's cheaper, but also because in my experience it is more forgiving of inaccurate exposures, and for me the "classic" look of cubic-grain films have a slight edge over the arguably "cleaner" look of the more modern T-grain films. The sample photos were shot on a Mamiya 645 and developed in 1+1 following Ilford's recommended temperatures and times. On medium-format, the subtle greys and lack of grain give the images a luminous, almost three-dimensional look.

FP4's forgiving nature makes it ideal for beginners. At the same time it's wonderfully sharp with low-grain and lovely, smooth tones which, when properly exposed and developed, should satisfy the most exacting professional standards. 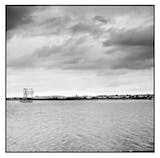 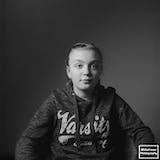 B
B.N.
Perfect for: Great All-Rounder, Landscapes, Architecture, Creative/Abstract, Low light/Night
Where To Go When Acros Goes Away

When I heard that Fujifilm Acros was to be discontinued, I was pretty pissed off. I'd spent the previous few years getting to know it after taking the decision to simplify to a couple of cameras and a couple of film stocks.

Acros had been an obvious choice as it was so good at night, a time when I made most of my favourite work. So when it was announced that it would be no more, I had two choices; I could buy up whatever remaining stock I could find at ever-inflating prices, or I could begin to audition potential replacements.

I went with the first. I'd used FP4+ in the past and so gave it another shot, but now was being more analytical about its performance, consistency and reliability. It passed every test with flying colours (if that's possible for a B&W film).

FP4+ gives refined, classy results. While it can be pushed (in the non-photographic sense) to give contrasty results, what it does best, and almost as well as Acros, is to record a massive amount of tonality. This means that you'll have a negative that gives you more to play with when it comes to use in the darkroom or lightroom.

While it isn't close to Acros's reciprocity-ninja status, its fall-off is repeatable, and once the simple Ilford chart is mastered, you can concentrate on the pictures rather than the maths and get the kind of shots I like at night - lots of dark blacks, controlled whites and enough greys in between.

FP4+ won't suit every situation - it's too slow for that - but Ilford offers another, well-regarded solution at ASA400. However, don't be fooled into thinking that FP4+ is just a slower HP5+ or vice versus. In my experience, they are very different. The grain of the faster film means that I've never been keen on the results. I'll use it where I can't use FP4+, but, with a steady hand and a wide aperture, those situation are limited. 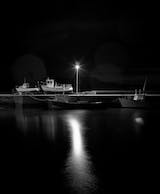 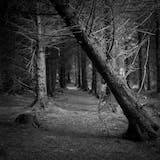 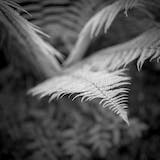 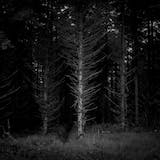 This is a very fine grain film that renders details excellently, especially in 120. In my experience results can be quite contrasty whilst retaining detail, which I like. Great value for money as well, as are all Ilford films! 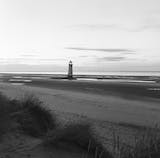 This is my favourite film for b/W portraits. Wonderful soft tones, sharp and very soft grain

The medium format film adds tons of atmosphere to portraits particularly when used with vintage cameras such as an old folding Ikonta I use.