A truly legendary film, Kodak Tri-X was first introduced in 1940 in sheet film — meaning it is approaching its 80th birthday! Key to its longevity has been its flexibility. Photographers can take Kodak Tri-X 400 film into a variety of lighting situations and recover highlights and shadows or generate different grain feel through processing choices.

It has been the first choice for many top photographers over its lifespan. In fact, when Kodak went through bankruptcy and restructuring in 2012, Don McCullin panic-bought 150 rolls in case it didn’t survive the turmoil! Fortunately for Mr. McCullin and every other photographer, Tri-X did survive and is still available fresh in both 35mm and 120 formats.

When you buy your camera film from us we can ship it across the UK, Europe, USA, New Zealand, Australia and Canada (more countries planned soon!) So buy your Kodak Tri-X Film 35mm B&W ISO 400 today and dive back into the fun of 35mm film photography!

First time using Trix this year. I can see why some many people like it. At box speed it produces really nice, contrasty images, with nice punchy blacks. I've got a few more rolls and think it will be a staple for.me. 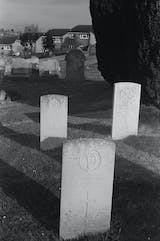 I simply love shooting with Tri-X, it's a great all round stock to use. I only started learning film photography in January 2021 and I've used it in a variety of situations. 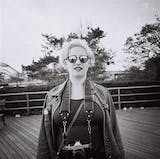 This was the film I first used when learning to develop my own black and white and it's still a favourite years later. I've only ever shot it at box speed but that's plenty for me and, as many have said before, the tone and the fine grain that the film delivers are simply great. There are certainly cheaper options out there like HP5 but even if it's not your everyday film, I think it's worth it to always have a few rolls of Tri-X in your fridge for when you want to shoot something with that extra special feeling. I always feel confident that when I load up my camera with it then if I don't end up with some great pictures then it's down to me, not the film. Ultimately my recommendation boils down to simply this - it won't let you down.

Purchased on its reputation to use in an Olympus Trip 35. Difficult to write anything original about such a well regarded film but for me, it provided some lovely well contrasted shots in dark and bright conditions. 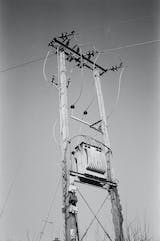