Bulk rolls are a great way to save money on your favourite films, if you use bulk rolls you will need to make the investment in a bulk film loader and some canisters but you can shoot the film you shoot most for around a third less yet still get the same great results as you would with standard HP5 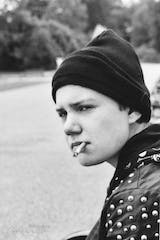 Ilford HP5+ is my "go to" film for many situations. It can be pulled to 200 or pushed as far as 6400 ISO. I use it on sunny days, cloudy days, indoors, at the local jazz club...every conceivable condition. What this 100 foot bulk roll does is allow you to save money, if you're willing to spend a little time and invest in a bulk loader and reloadable cassettes. If, like me, you're in this film lark for the long term, and you know you're going to use lots of one specific film, bulk loading can save 25-35% on your ongoing film costs.

You have a second advantage with rolling your own, which is that you can choose to load a cassette with any length of film you like. If you want to test a camera with an 8 exposure film, you roll 8 exposures. If you want 36 or even to squeeze 39...you do that. You should get 20 36 exposure films out of this 100 foot roll, which means £4 per 36 exposure cassette compared to £5.75 buying Ilford's ready loaded films. This mounts up if you're shooting scores of cassettes of film per year. Costs of bulk loaders and cassettes varies, but there are lots to be had on that famous auction site.