Thought I would hate this film, seemed very restrictive. But if you embrace the weirdness that you can create, it's really good for finding new perspectives on things - so really good to try out in lockdown! 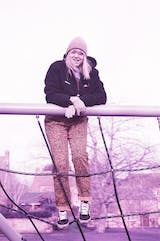 I have tried this film both in Lomography's disposable camera and in a Nikon F4. I really like the look and appeal of the film itself that, although sometimes unpredictable, generally really shines in its intended role. As other reviewers have already said, this film does need plenty of light in order to let those purples come out bright and strong, otherwise the results may come out dull. Ideally I would shoot it in spring/summer in order to take full advantage of the sun and the green foliage. Even if shot at 100 iso it comes out with a little more grain than one would expect, but it doesn't affect the final image that much. Speaking of sharpness, it is not spectacular, but more than enough, and I am happy with it considering the unique nature of the film.

I find it the perfect film stock for capturing boring landscapes under the midday sun, or more in general every other place that you may have photographed over and over. Shooting portraits is a great choice too, keeping in mind that caucasian skin tones will render magenta!

Overall I am pretty satisfied with this film, and keep a little stash of it for the summer in the freezer, since it's not so common to find in stock. It is indeed pricey, and even if I somewhat justify the 12 euros because of its unique color palette, it doesn't perform so well in terms of sharpness and grain, and more importantly you feel less inclined to "waste" a roll of it, ending up shooting it less often.

One thing I noticed, with my Nikon F4 and the databack MF-23 attached the film seemed to struggle getting along frame after frame, and in fact I noticed scratching marks on it after development. I am sure that this is only an unfortunate event (although my MF-23 never scratched a film!) but I may as well write it here, so that maybe others with automatic winding cameras are more aware. 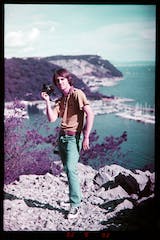 Surprisingly sharp and little grain. The colour balance depends on exposure, so can be a little hit and miss if you are after a certain shade. I use 200 ISO as that seems to work most often..... 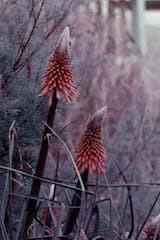 Despite my previous use if this being very quick and without thought, I feel the point is to look at the colours and light of the composition and metering for different ISO depending on which colours change to other ones. With a lot of research into the chemistry and colour spectrum, I'd feel I could take full advantage of this stock. 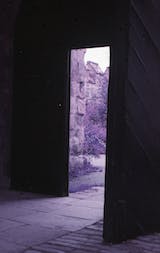