Based on 2 reviews
Write a review
0%
(0)
100%
(2)
0%
(0)
0%
(0)
0%
(0)
J
J.C.
Perfect for: Great All-Rounder, Portraits, Landscapes, Architecture
Sharing with the Film Community: Yes
Accreditation Handles: IG: @jackcroftsdigitalportfolio or www.jackcrofts.co.uk
I wish I had tried this film sooner!

I was bought a few rolls of Silberra films a few years ago. I thought that they would be pretty interesting to shoot but always put off shooting them. Yesterday I shot and developed my first roll and I was totally blown away by this film. As a 200 speed film, it has an incredibly fine grain. The film base is completely transparent which might help with the fine grain of the film. The sharpness of the film was the real selling point for me. I don't normally shoot portraits but I would really like to give it a go with this film.

I would really like to see a 120 version of this film developed in the future!

I was going to give this a 3 and not 4 but after looking at the finished results I gave it 4.
Very high contrast and fine grain. I was testing a camera I had just brought so it was more of a test film.
The down side is the film is very thin and I had major problems loading the film on to the spiral. But it developed fine. Also in the box it gives you developing times for different chemicals. 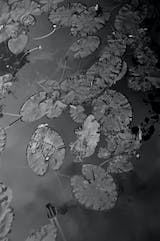 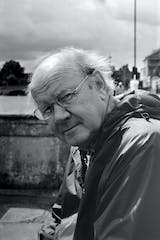