This is a beautiful film. Lighting conditions were difficult - bright sun behind the trees, deep shadows in front of them, but it coped really well (mostly metered at 1/60 f/4). I love the contrast, the range of greys and the mix of light and dark in these photos.

I've given 5 stars because it is for me a 5-star film. But I was tempted to take one off for the price. It's an expensive film, even more so when shooting 120mm, especially If you mess up a frame, as I did. And there are great films out there for around or less than half the price of this. Is it worth the extra? I don't know for certain. I will definitely use it again, but not as often as I would like.

While I was waiting for the scans I saw the 35mm review of this film - clearly, with no werewolves around, graveyards were a natural choice! I now know there is far more to this film than all things spooky and when I do next use it I will step out of the churchyard. 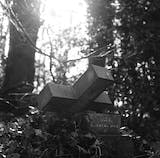 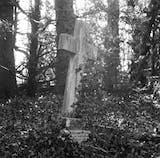 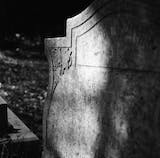