A lot of fun but for the price it is very hit and miss. The SX70 is my wife's favourite camera, so the shooting is all well and good but, as said a lot by others, you're not guaranteed much for your money. 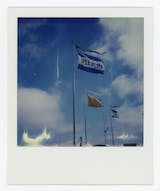 I love my sx-70 and as we are limited to only a couple of choices of film , the standard sx70 , gives you that strong retro vibe on sunny days warm summer days ... it’s only 160asa. So not for use in dark places are poor light Without a tripod or being stabilised or you need a flash ..The film is very temperature particularly not to hot or cold or you will get colour shift , and getting a good even spread of chemicals across the film isn’t automic , be prepared for some unique results ...however If you are a fan of Polaroid /instant or peel apart film , you will love it ... pricey yes. But not more than normal film when you factor in the development costs ... o yes dev time is long , put away in darkness for 10 minutes after shooting To be safe ... 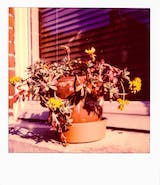 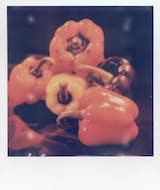 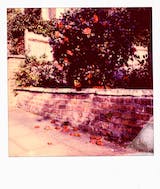 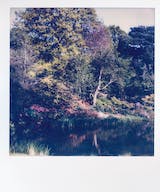 I have had really bad luck with PO and Impossible Project polaroid film. Out of all the packs I have shot, the majority have turned out yellow in colour all over, the chemicals have been bad and even in a lot of light they don't seem to turn out good at all!
Some get lucky, some don't. It's up to you if you want to risk spending the money on 8 shots that might possibly not turn out great at all since a lot of other people take amazing shots with their film. 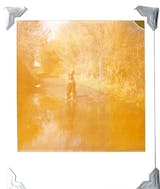 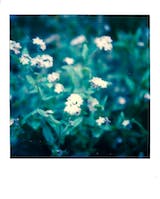 This film is decent enough. Compared to the quality of PO B+W film, I find the development times and the general overall quality to be somewhat lacking.

Things to know:
1) You need light. A lot of light. If the scene is too dark then you will either be given blurry or underexposed images - PO film doesn't handle underexposure that well at all.
2) With the normal SX 70 lens, images on this film are sharper than pretty much any Instanx I've seen (I know this is at least in part due to the lenses, but I'm not convinced Instax film can actually produce such sharp results as we see here)
3) The development time is poor. It takes up to 30 days to fully develop according to PO. It's cool seeing the shots slowly get more saturated, but equally this development time is far longer than the B+W film available on the market.
4) It ain't cheap. But you get what you pay for, and I'd rather support PO than have (another) camera that I can't use
5) Exposure latitude isn't great - you can easily overexpose highlights using flash (which is quite difficult to do with the B+W stock), and there's a substantial colour shift towards green if underexposed.

Unlike the SX70 B+W film (which I always have an extra pack of in the fridge), I only buy this stock when I know I'll be using it (such as during a family shoot or something). I think if I ever switch to wanting to shoot colour instant film more often, I'd buy into the instax Wide range for the better value, development times, and prices.