Ortho Plus 80 was only available in 4×5 for a long time, but in late 2019 Ilford made it available in 35mm and 120 formats. So, of course, we wanted to try it out. For our Ilford Ortho Plus 80 120 film review we put a roll in the Hasselblad took it outside the house. This was shot during Lockdown, that’s as far as we could go!

It was nice to be able to use the Hasselblad, even if it was taking photos of very familiar surroundings. We also were interested in what results we would get from orthochromatic film. It has a lack of red sensitivity, that means that reds and oranges are rendered darker with stronger contrast than standard panchromatic films.

Even though the film is 80 ISO, we were able to shoot it handheld as it was a sunny day. The images are really sharp with nice contrast. The blacks, in particular, are very strong and give the photos a crisp look. Unsurprisingly, for a slow film in medium format, there is plenty of detail there, even in the shadows.

We will definitely shoot this again and look forward to trying it out in 35mm once we can travel a bit further afield.

This film is amazing at bringing out the texture of a subject -- faces, wood, sharp edges. The fine grain gives superb detail. I was also surprised by what I could capture in relative darkness when shooting at f/2.8. I've never shot ISO 80 before and I was expecting to need a lot of light but this Ortho Plus performed really well. 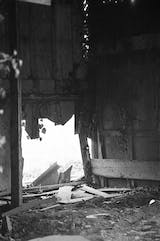 As the description and name suggest, this is orthochromatic B&W film which is less sensitive to red than to green and blue. As such it's not really suited for portraits but gives a unique look for landscapes, plants, flowers and suchlike. This film can effectively add contrast to sunny shots of buildings too, which might be a look that you specifically want.

The samples I've uploaded were taken on a trip to Madeira in February 2020 on a Yashica Minister III. 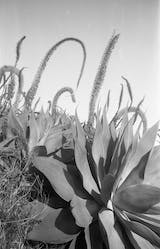 Decided to use this film in Standage Edge in the Peak District this past new year. The film is great at showing contrasts and the tones in the sky look really nice.
The day was a foggy overcast with not much lighting - film was taken without the use of modern light meter. Taken using Olympus OM10. 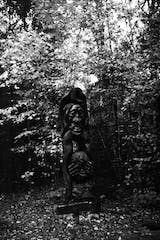