From Kodak Gold to Lomography purple and everything in between, a warm tinted film with medium grain and an acceptable latitude that can give some funky effects. You'll want to expose this film accurately biasing the shadows if you want more latitude and less grain, or averaging meter readings for a higher contrast and stronger purple effect especially in the highlights.

I applied no colour cast removal/correction when scanning mine, then simply used the WB and tint controls in lightroom to dial in the desired amount. I would shoot this film again but would meter differently to give the film more exposure. I would expect this to mean less pink/purple colour tint, but also less contrast, less grain, and more shadow detail. The film itself is quite thin so is prone to curling and slightly fiddly to scan, though I won't expect to use large amounts of this film as the effect would lose its novelty.

I dropped a star because while the film is fun it does not perform as well as other films in this price bracket from a technical perspective, the price wouldn't put me off it completely but I would shoot more of it if it was more affordable.

Absolutely love this little experimental film. The tones and results of the colour effects can vary which is quite fun. I have shot this a couple of times and have just bought my 3rd roll. Of all the dubble films this is my absolute favourite 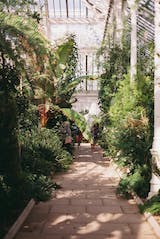 Yes this film does give some very subtle tones and enhanced the image. not sure I would use it on a regular basis as I can have more control over the effect digitally 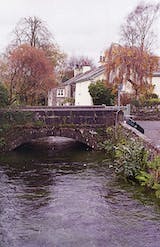 I got to try Dubblefilm Bubblegum aspartame’s if the Analogue Wonderbox. As others have noted the pink tint is hit and miss but it does give a soft vintage look to photos as the first of my 4 photos uploaded show. The advice was that it wasn’t suited to details but I used it that way. It certainly desaturates yellows and reds the most but seems to render pinks, purples and blues, as well as greens more vibrantly. It’s worth trying but it would not be a film I would shoot regularly- I wish we could give 1/2 stars so it’s only 3 stars from me. 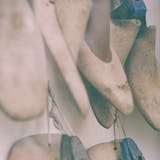 A
A.H.
Perfect for: Creative/Abstract
Not quite there

I bought this along side a roll of Apollo 200. I wanted to shot it at the English Seaside Town of Skegness. The own has lots of funfair rides, amusement arcades with stark colours. I hoped that on the sunny day in question the colours would pop and the feel of the town would come out more whilst capturing some of the old world charm the town is bathed in.

It sort of did caputre it but then again it didn't. Some frames captured it and some did not. Here is lies the main issue for the 3 out of 5 score. Like its cousin 'Apollo 200' I found the consistency between frames a bit variable. It sometimes gave me what I wanted and sometimes did not. This is all about context and I know some photographers like that creative element.
I'm glad I tried it and got some good photographs from it, but wouldn't shoot another roll of it