Having recently returned to film photography I'm working through some different film stock. I tried both this and Lomography Berlin in a Mamiya TLR, and of the two I probably prefer this.
Mostly shot in good light outdoors I ended up with some nice sharp images (although the scans here aren't the best) with good contrast. Very likely to invest in some more for the future. 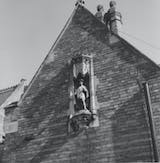 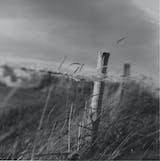 My first roll of 120 Potsdam, taken on a Mamiya 645 1000s and rated at ASA 100. Developed in Kodak HC at a dilution of 1:47 at 20 deg C for 6 minutes. The backing paper will not rip so have scissors to separate it from film in changing bag. Very curly, needing care placing it a film holder for digitising the negs with a camera
This is described as a high silver content high contrast film, so I was curious as to how it would perform in a woodland on a grey misty day in the UK.
Overall, I was very pleased with this film in these conditions. Fine grained but visible to just the right level for my taste. A 'snappy' film with good blacks and well held highlights. Excellent in post processing allowing for a good range of greys, or higher contrast if required. There was a feeling of depth to the images which I really liked. I would definitely use this again. 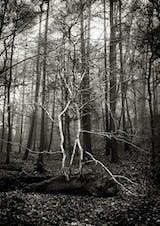 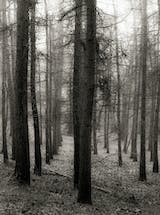 J
Jack Crofts
Perfect for: Great All-Rounder
Sharing with the Film Community: Yes
Accreditation Handles: (IG) @jackcroftsdigitalportfolio
It's a good film, just not for me!

Potsdam is a nice clean film, It has a fine grain but I've definitely seen finer. The grain does have some texture which I like. I have always had little mishaps when shooting Lomography films, I must be unlucky as something always seems to go wrong! Once this roll was developed I, unfortunately, could see where the backing paper had imprinted itself onto the film. It had only taken up the first third of the roll so thankfully I still had some usable images.
I have seen some people praise the films sharpness, I was a little underwhelmed. The majority of my images are a little soft, not to incorrect focusing or scanning but as if the film itself has a sort of bloom effect to it.

It's good to try new films but I think I might stick to Ilford, Kodak and Fuji for my black and white stock in the future. 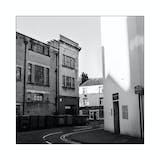 I've seen this film used a fair bit for studio/portrait work, being a cinema film (Orwo UN54) it turns out well with sharp, low grain images in studio light. I picked a roll up on a whim to take some photos at the seaside, and it turned out similarly well, the high contrast and low grain gave really sharp images even on a very cloudy day, around 1s exposures at f/11. I had to experiment slightly to work out times for my usual developer (Bellini Hydrofen/Agfa Studional/Rodinal Spezial), but developing for 4:00 min in a 1+15 dilution worked out well. Possibly a shorter development might give lower contrast, but that would kind of miss the point of this film I think. I'll definitely be picking up another few rolls, I think it would work great for architecture photography as well. 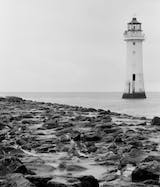 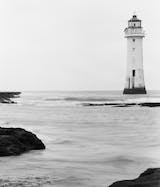 This 100 speed film lives up to the expectations. Tones like straight from Wim Wender's cutting room floor, sharp, low grain. A great film for portraits in natural light or with strobes. The film definitely looks special. Be careful not to blow out the highlights!

For those that develop at home: the backing paper is a bit too thick for my taste, attached photos developed in ID-11 1:1 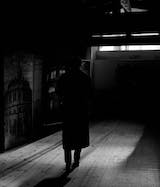 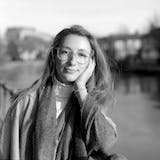 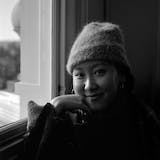