I used this in a 1935 folding camera which has a slightly soft and low contrast lens, it gave very nice results with good definition, not too much grain and nice contrast.
Metering with an iPhone app, focusing by guesswork and with a 90 year old clockwork shutter I didnt have high hopes but it was very forgiving in terms of exposure latitude, and developing was fine in ID11.
I want to try it in a modern camera with sharper glass, I think it would give flattering portraits and be good for street photography.
Full results and using the camera are here - https://youtu.be/ZM1HNM_FESg 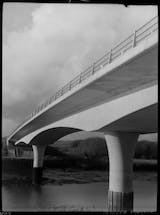 I ran this film through an old camera with a somewhat sticky clockwork shutter and not surprisingly every frame was overexposed, but the film has plenty of latitude and still retained enough detail for some pleasing prints. A poor test but with good results! 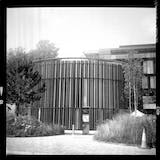 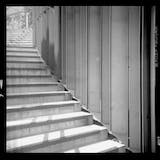 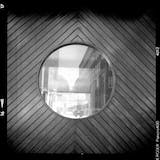 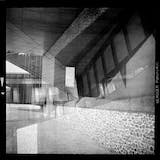 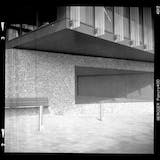 Recently I've been on two opposite yet complimentary missions. 1- to try new film stocks and developers. 2- to standardise my process (at least within a particular project.

The arrival of a new camera coinciding with a short break away from home gave me the perfect opportunity to combine 1+2 for a few days. I had done some research about what developer suits Bergger Pancro 400 and liked what I had seen of Kodak D76. Making up the D76 and using at 1:1 was no problem.

Despite some mechanical issues with the new old camera I felt that the film suited the subject and was pleased with how it developed. I did find the film a bit more curled than some which initially made it a bit harder to load for processing but maybe that's just a lack of familiarity on my part anyway?

Overall I really like the results I got and I will be getting more of this film and the D76 very soon. 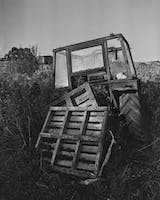 I mainly use black and white film for portraits , and found hp5 did the job as a nice all rounder , however , the contrasty sharp tones of pancro 400 make it a street photography and portrait king. 5 stars , will buy a nice stock of them