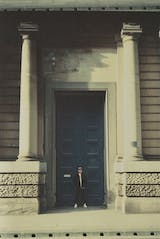 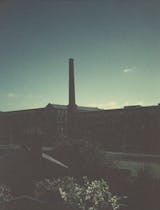 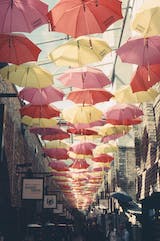 F
F.u.
Perfect for: Landscapes, Creative/Abstract
Not what you'd hope, but worth a try still

J
J.G.
Perfect for: Creative/Abstract
It is retro

Thought I would give this a go.
In part disappointed colours flat, soft and very grainy poor shadows.

But what are you to expect as it is a Retro film. If like me you are trying to capture that 1960/70s look and doing a retro shoot this does just that.

If you are just trying it out as a colour slide film you would be disappointed. 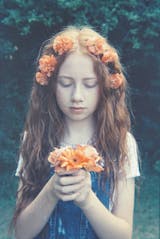 J
J.C.
Perfect for: Street Photography, Creative/Abstract, Travel
Exactly What is Says on the Tin - A Brilliant Slide Film, But Something Different

Before I even begin my review, I have one piece of VERY important advice:

!!READ THE HISTORY OF THE FILM ON THE FPP WEBSITE!!

If you go into this expecting really crisp, clear results that are comparable to Ektachrome with a warm up filter then think again! This film was SHIPPED in 2004, as per the labels you can see on the box, it's a high speed slide film used for military research and is past its expiration date by a fare old whack.

The good news: it yields really great images when you have the above facts in mind. Yeah, it's grainy, yeah, its exposure latitude is slim, yeah, it has imperfections, and that's what you are paying for! I'm not a lover of grain, or Lomography style expired film and plastic lenses. But for this roll, I actually wanted some weirdness! I shot it in Milan's China Town district and central tourist district and it was GREAT. The only downside (and this is NOT the fault of FPP or anyone in particular). My Contax G2 is an electric winding camera, unlike my M6 or FE2, where you have a tactile experience when winding, the G2 got to the last exposure and ripped it off the core, meaning it hadn't rewound but just sat there in the chamber. I then opened the camera to remove the roll and discovered that it wasn't in the canister. I then began the arduous task or pulling the film out of the Contax and stuffing it into a black film canister inside my coat. I only lost one frame and had light-leaks on 3-4 frames. Luckily.

If this hadn't have happened it would be a 5 star rating. The film itself is great, was developed as standard in E6 chemistry. I will be buying more of it. At £13.50 a roll, it's a lot if you're looking for something perfect. It's more than reasonable if you know what to expect and are actively looking for something different and a little less than perfect.

4/5 stars, would take on a second date but would likely split the bill at the end. 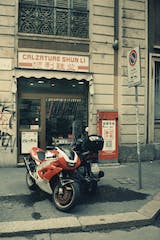 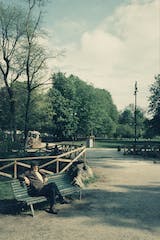