It's an outstanding film, but expensive. It's very similar to Rollei Retro 80S... but double the price, so I'm struggling to see if there's an advantage other than an extra 20 ISO points.

Love this film. It has a lovely fine grain, great tonality with clean whites and plenty of detail in the shadows. A bit pricey but definitely worth a buy. 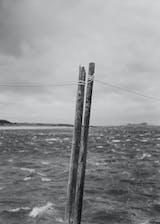 Greetings fellow Acros-ians, unlike football Acros 100 ii doesn't let you down in extra time. Although they could be flagged offside on price!

I tend to split the 35mm film sector into 3 zones £3-£8 is the value end of the spectrum where the most fun is to be had. The £9- £14 mid price or what I call "more bounce to the ounce" zone where brands put better ingredients into their emulsions. Last the premium zone £15- £20 with this roll in your camera "your photography goes to the next level"
Acros 100 ii not only qualifies for the mid zone on its spec but flirts with the premium zone as one of the most expensive BW films in 35mm format. Between me and you this film is fun as well. With Tri- X 400 its I came, I saw, I captured! the essence of photojournalism. Acros 100 ii with its long exposure prowess gives you another dimension in which to capture an image, seriously good fun.

Poor technique will spoil your exposure. Don't be put off by reciprocity failure law formulas just read the data sheets relevant section (read up on reciprocity ; film gets less sensitive the more it is exposed to light) or read https://analoguewonderland.co.uk/blogs/best-film/the-best-film-for-pinhole-photography. Cover the eyepiece so stray light doesn't affect your cameras internal light meter when making long exposures. My camera is both manual and aperture priority. In low light with the camera in manual I take a meter reading in the finder and use my Lee ProGlass ND filter app (any app will do) to calculate what ND (neutral density) filter I need to get 2mins exposure time and adjust shutter speed lens aperture to suit. When ready to shoot, cover the eyepiece and switch to aperture priority. I use the self timer lever also which locks up the mirror helping reduce any blurring of the image. Press the shutter release button, self timer starts then after 10s captures the image, the inside of the lens cap!!! I can't speak for all camera function / procedures but a site that can and is a brilliant resource for classic slrs is www.mir.com.my/rb/photography/photography.htm

If you're on a photographic journey like me, Acros 100 ii is a must, if only to capture where you've been standing for 16mins. 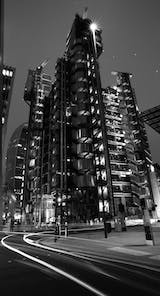 I discovered the original Acros when it had only just been discontinued (so fresh rolls were still available), but before Fuji brought it back to life – much to the delight of its legions of long-time fans as well as newly-converted Acros acolytes like me. I'm not someone who obsesses over minute differences between the "look" you get from different film types, but even to me, the "Acros" look really stands out.

I haven't done a scientific comparison, but my initial impression is that Acros II feels every bit as good as its predecessor: low grain, great contrast, sumptuously smooth tones, clear film base and minimal curl for easy scanning and archiving. Its ultra-low reciprocity failure is legendary – one reason why it was popular among astrophotographers doing hours-long exposures of the night sky. I have never attempted anything quite that ambitious, but among my sample images there is a 45-second exposure of a seascape, and it was oddly satisfying to read Fuji's datasheet: "No exposure compensation is required for exposures at shutter speeds of less than 120 seconds."

Some reviewers have compared Acros to Rollei Retro 80S. But as much as I like Retro 80S (you can see my five-star review on the product page), I have to admit that the film is unforgiving of underexposure. Acros, on the other hand, handles both under- and over-exposure beautifully. And accurately exposed photos have an almost HDR quality; dodging and burning in the darkroom reveals frankly incredible levels of shadow and highlight detail – detail which I never expected to capture when I pressed the shutter. This is one reason why I love Acros and I'm willing to, at least occasionally, pay a premium price for it – while marketed as a professional film, it is actually also a great choice for beginners and enthusiasts, if only as an occasional treat. It makes me look like a better photographer than I am, and I can think of no higher compliment than that.