Portra 160 is the pastel-coloured look we love best suited for bright sunny days and a shallower depth of field than the 400 version would allow.
The 160 speed is accurate in my opinion but the soft pastel look is really brought out with slightly more exposure, maybe around 125, a look that I quite like. The exposure latitude is quite forgiving though so you don't need to loose sleep over nailing the exposures.
Portraits are perfectly suited to this film and sunshine brings out its best, but it looks good in most lighting scenarios. It's a daylight balanced film so you'll need a filter if using at evening / night otherwise your pictures will look a little warm but it's unlikely most people would use an ISO160 film in those evening scenarios anyway.
It's definitely professional quality with a beautiful look, but the forgiving nature of the film makes it excellent as a walk around film (though the higher price might limit that for special occasions).
The grain is quite fine, but with the overall look of the film it's hard to see it anyway.
Overall, yes, it's an exceptional film. I find the 400 speed version to offer more flexibility thanks to the higher speed, but this 160 version makes an ideal portrait film where a slightly shallower depth of field is desired. It's beautiful as others have said, and in my opinion still worth the price on those special occasions where you still need it.

I love a nice clean look on my photos sometimes, and Portra 160 is great for capturing vibrancy of colours. The fine grain gives a nice gloss to photos, so I've enjoyed using it with bright colours in full sun / daylight conditions. Intend to photograph architecture, street, banal type stuff, and the film lends itself well to anything where crispness or colours are important. It's good at capturing colour even on overcast days.

I shot a roll of Conestill 50d at around the same time, and the results were similar. I started with one roll of Portra 160 and it's now my preferred film for getting out and about when I need to chase the sun and shadows.

Shot my first roll of this late today on a bit of a mountain hunt on Anglesey. Used a polarising filter on most because of the haze (mountains are about 12 miles away) but nothing done in post besides a little light spotting.

Was impressed with the natural colours and overall clarity. Grain is essentially non-existent and sharpness is as you'd expect from a Kodak professional film. Took a few closer shots in shaded areas as well to give it some varied lighting, which it had no trouble dealing with.

Dried nice and flat and scanned as easily as any film I've tried.

Is it worth the premium over (say) Pro-Image as a regular film? Probably not for my usual shooting, which is the only reason for docking it one star - it's a hefty price premium for the "extra" it offers. But it definitely does offer an edge which would be useful in some situations, so will be keeping a roll on hand.

If you want to see some images I have shot take a look at my Instagram @geo_rgephotography I have uploaded a series Portra 160 images.

I used this for the first time a couple months ago for some street photography and it was such a pleasant surprise after I developed them at home the outcome I got from them. Everything just went together and got some images I loved, would highly recommend it. 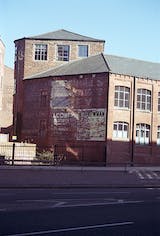 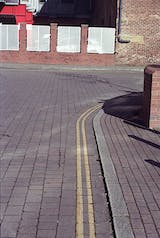 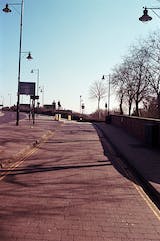 I wanted to try portra 400 originally but it is hard to come by so I tried this instead and absolutely loved it. I used this for a shoot in a forest with beautiful oranges and browns everywhere. The tones and colours this film produces were perfect for my setting. Due to the lower iso I would certainly recommend shooting on a brighter day or adjusting your settings accordingly but it also creates some beautiful contrasts and shading. For anyone that likes using portra films and hasn’t yet tried or for someone wanted to get 400 but can’t for now I would definitely recommend giving this film a try too.