Another great film from Rollei, the grain on this film is almost imperceptible, even zooming right in to scans. It's smooth as butter. So smooth some will probably complain... But for me the good thing is that the film manages to keep some contrast delisted the fine grain. I've used films before that lose some of that contrast along with the grain, and you end up with a flat image. Not with this film though, produces some great results.

Obviously you need a lot of light, but a good sunny day is enough. I would love the chance to take this into a studio, I think you could achieve some terrific results. It's on my list! 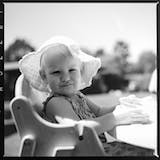 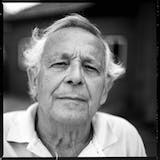 Great for portraits and architecture with a stunning fine grain! The slow speed kept me to just shooting in the daytime with lots of light but would love to try it out with some longer exposures or more challenging conditions. Will definitely be picking some more of this film up in the future! 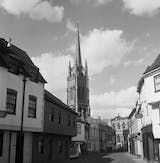 This is a great all round black and white film. It is really great for those sunny days. It catches cloud and other details well. You will love the range of tones .
Daniel

I tried this filter with and without a plain red filter for woodland photography. As recommended elsewhere I shot at ISO 40 but developed for 80 (Actually I hedged my bets and did the calculations to develop for 50 ASA). Problem is a rather hard shoulder at the highlights end. Far less forgiving that FP4 for instance. I woodland it did give a dreamy look to bright areas, with not unpleasant burned out whites. Didn't realise it is a PET backed film but it developed fine in my lab-box despite being told it couldn't be done!