Although marketed for high contrast at its box speed of 400, I opted to pull it to ASA200, developing the film in Ilford DD-X, dilution 1:4 for six minutes at 20 deg C, agitation 10 secs/minute. The camera was a hand held Mamiya 1000S.I figured I could post process it to higher contrast if I wished, and I wanted to see what the potential tonal range was.
Exposure was by multi spot metering on a bright sunny day, just to make for a challenge!
The negs were converted to digital files with a Canon macro lens and converted to positives using Grain2Pixel software.
The images are quite contrasty with deep blacks, but generally seemed to hold highlights well. In the conditions, there was a minimal amount of clipping on most images both in highlights and shadows - it was a very bright day!
Grain is little in evidence and the film is quite sharp. There was a certain amount of curl on the film but not excessive, and the film base is clear.
In conclusion, where high contrast images are sought, this film works well. I could see it as a choice for landscape and architecture when a darker, moodier feel to the images is sought. It is fussy about exposure 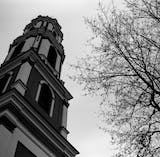 I like the results I got from this film. Huge contrast and grain, which I expected. 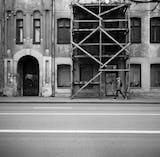 I thought this film was nice and rich with a great level of contrast. Portraits look nice too as the grain is quite fine.

A repackaged Orwo film, probably designed for aerial photography sold as 'street'. Not for professional use, not for creative use and definitely not for street use. Expensive and highly disappointing. Do not go near. You have been warned! 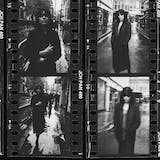