I really like how this film captures colors and light when pushed at +1EV. It works really nice on metal, reflections and fog as it accentuate the light effects. 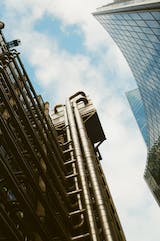 It loves the greens and blues even more than Fuji films which is a huge turn-off for me. Other than that, good value for money, but there still are film rolls in the same price range that can give much better results.

J
J.S.
Perfect for: Great All-Rounder, Beginners, Landscapes, Street Photography, Architecture, Creative/Abstract, Low light/Night
Sharing with the Film Community: Yes
Accreditation Handles: I Know I Am Home www.iknowiamhome.co.uk
Decent Film - Could be cheaper for what it is

Love the fact that lomography have done lots to champion film. I know a few people have an issue with this firm but I can’t fault them.
The film was a pleasant surprise.

Not too sure about how it renders the colour of mud but too warm and magenta-ry for my liking. But if you work out how it works best you can make it work for you.

Check out the night shot I enclose. Taken handheld.

We all know film is getting more expensive. I feel that lomography should be thinking about this and making a film which is a good access point for people. 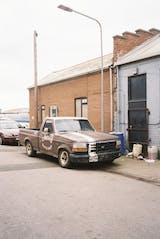 Yet another "test roll" through another new camera (Fed 5B), shot at box speed, and I came away more than happy! It was a typical grey Anglesey day but the film produced a nice touch of warmth and plenty of contrast without looking over saturated in most cases.

The latitude, as I misjudged a few exposures, was impressive. Detail emerged from the apparently blocked out shadows with just the slightest tweak of curves. I threw some serious contrast at it under the trees but it took it in its stride without complaint.

If I had to find a complaint it would be that it wasn't the easiest film to scan. The base is quite thin and my old Microtek flatbed kept trying to apply Kodak values to it, which produced some interesting effects. But my equally old Minolta Dimage handled it happily enough with generic settings.

Sharpness is great, and grain is as close to "not there" as you can really expect from a 400 rated colour neg film.

Yet another that's likely to become a regular for me :)

I love this film! It’s a great price, so tends to be my everyday film. Great tones, relatively low grain (and what there is is pleasing) and copes well worth being pushed a stop (maybe more - I haven’t tried!). 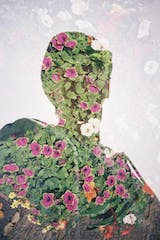