Decided to try out some double exposures with this film as I wanted the dramatic black & white look, and it definitely delivered! Lovely fine grain and came out really well. I over-exposed all the second exposures by one stop to give it an extra lift & developed as normal, no problems whatsoever. Big fan of all Ilford stocks & this is another great one to try! 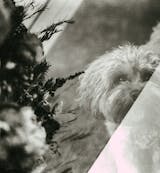 This is not your traditional Ilford HP or FP film. This is a more modern "tabular grain" film. So rather than the traditional moody, grainy images you get extremely sharp, effectively grain free photographs. This is not always the look I go for, but when I do I choose Delta 100.

This film is great for landscapes where very detail is captured, and also every nuance in the shades of grey. If the sky is overcast, that will be reproduced if exposure is correct. For portraits, this will reproduce facial features and hair texture perfectly, again with a look very different from the more traditional B&W films.

Perfectly complements older films like FP4+ and is happy to be pushed a couple of stops. Sample images shot with Praktica BX20S, CZJ 35-70 lens.

J
J.H.
Perfect for: Great All-Rounder, Landscapes, Architecture
Sharing with the Film Community: Yes
Accreditation Handles: Joe Horner
I think I see what the fuss is about!

Last time I really played with film, Delta was one of those newfangled fads which obviously weren't really needed with the likes of FP4 already available. But, it obviously stuck around so, yesterday, I finally got round to shooting my first ever roll of the stuff.

It's sharp. Probably sharper than my old Contaflex with its 1950s Tessar glass.
It's accurate. The somewhat overcast day and old, weathered, stone were captured perfectly perfectly, with the film not imposing anything on the pictures that wasn't there.
It's almost grain free. On 2.5x3.7k scans from 35mm you JUST start noticing what may be grain, or may be the limit of scanning, at 100% crop.
It's also surprisingly tolerant on exposure. On the mountains I added a polariser but forgot to reset the metering (not TTL) for the couple of stops difference. The Delta just shrugged and made a good attempt anyway!

I can't see it becoming an everyday film simply because of price but it's certainly one I'll be keeping a roll or two of and can't wait now to try out all the combinations - 100 and 400, 35mm and 120. 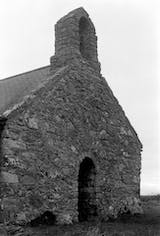 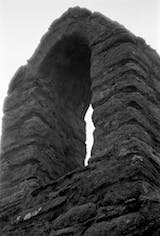 Here is an example of this film.