Fujicolor 業務記錄用 is translated as “Operational Recording” but goes by the more common name of “Fujicolor Industrial 100 Film.” It is normally only available in Japan, but we have found a way to sustainably source it and bring it to the European and American markets! Fujifilm Industrial 100 is a gorgeous colour negative film with exceptional sharpness, natural skin tones, and faithful colour reproduction.

To understand more about the details above you can check out our film guide or if you want some inspiration then head over to our page on choosing your next film. And if you want the full details about the film, including technical information, read about Fuji Industrial 100 over on EMULSIVE.

When you buy your camera film from us we can ship it across the UK, Europe, USA, New Zealand, Australia and Canada (more countries planned soon!) So buy your Fuji Industrial 100 35mm Film today and dive back into the fun of 35mm film photography!

First time using this film and very please with the results, all photos have a great colour profile and good contrast

This film I got to try and see if I like it. I'm very happy that I did try this film and will be ordering more. For me, this has some of the best skin tones from the Fuji colour negative films that I have used. Just the way it handles the colour in a more neutral way to my go-to kodak Portra 400. 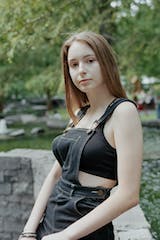 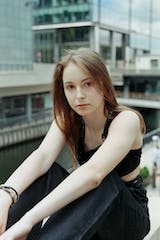 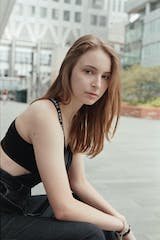 Found a roll of this in Malaysia in the back of an old shop. Amazing colour profile and good contrast. Highly recommend picking up a roll to try.

Warm tones are drawn out perfectly. In other shots I got some really gentle pastel hues. I would say this film is best for landscapes and/or cityscapes. I'll definitely be stocking up on this.

I like to use this film for green spaces and urban areas. Trees and Woodland areas stand out nicely and purples and blues look bold if you are shooting graffiti.