FP4+ is a sublime Ilford emulsion.

It's very sharp in all formats, and you will notice it most when shooting sheet film - large format brings out the best from FP4! Great detail, medium contrast, and fantastic consistency shot-to-shot.

When you buy your camera film from us we can ship it across the UK, Europe, USA, New Zealand, Australia and Canada (more countries planned soon!) So buy your Ilford FP4 Plus Film 4x5 B&W ISO 125 today and dive back into the fun of 4x5 film photography!

Based on 2 reviews
Write a review
100%
(2)
0%
(0)
0%
(0)
0%
(0)
0%
(0)
P
P.J.
Perfect for: Great All-Rounder, Landscapes, Architecture, Studio work
Sharing with the Film Community: Yes
Accreditation Handles: https://www.flickr.com/photos/redversphotography/
A workhorse of a film Image from the past

I used a lot of this film whilst in training at RAF Cosford and became familiar with the 5 x 4 format. This was considered a workhorse of a film and with large format when exposed correctly produced littel to no grain. The images shown wer taken in the 1970's and have survived well. scanning the negs was a slight problem so they were photographe on a light box.
I seem to remember that we developed the neg in D76 as standard. 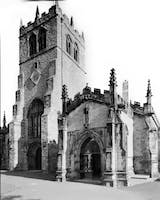 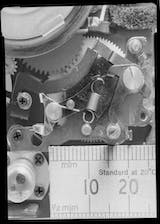 My favourite film in 120 - even better in 4x5. Grain disappears in film this big, and the film Kris it beautiful tones and forgiving nature. This will be my go to film for LF from now on - Ajay ordered another box!