The JCH film has quickly gained a loyal following from medium format photographers who love its high-contrast and high-grain feel. Images have an interesting charcoal result - especially in the larger size of 120 photos - without losing the sharpness of the subject, and the emulsion is forgiving on over-exposure.

When paired with a dark red filter this film can also act as an infrared film - with high sensitivity in the IR range.

To understand more about the details above you can check out our film guide or if you want some inspiration then head over to our page on choosing your next film. And if you want the full details about the film, including technical information, read about JCH StreetPan over on EMULSIVE.

JCH = Japan Camera Hunter = Bellamy Hunt, a man with the most enviable job in existence. He lives in Japan and spends most of his time sourcing film cameras that are rare, high quality, and in demand across the world. Not satisfied with making people's wildest camera dreams come true, he has recently branched out into producing his own film in 35mm and 120 formats. His Instagram account is one of the most beautiful accounts on the site - and rightly one of the most popular within the analogue world.

When you buy your camera film from us we can ship it across the UK, Europe, USA, New Zealand, Australia and Canada (more countries planned soon!) So buy your JCH StreetPan Film 120 B&W ISO 400 today and dive back into the fun of 120 film photography!

JCH StreetPan is often described as "contrasty", but in my experience what it really means is that Zones II and III can quickly collapse into Zone I (to use technical terminology), or that shadows "fade to black" (to use Metallica terminology). My personal preference is to have a wider range of tones on my negatives, and then if I want deeper shadows I can print (in the darkroom) or edit (in Photoshop) accordingly. But you don't shoot StreetPan for smooth mid-tones and rich shadow detail, you can buy Ilford FP4 for that. You shoot StreetPan for its distinctive look and for the inherent coolness of shooting on surveillance film, so it would be unfair to criticise the emulsion for not being something it never set out or purported to be. At some point I'd like to over-expose it by one stop and see if I get more shadow detail. For now, my main gripe with the film is that it's very curly, making it hard to load onto a dev tank spiral or scan afterwards.

If I had to use a word to describe the output of this film, it would be that "it has bite". I really quite like the results when scanned and detailed contrast seems to pop nicely. The grain at 120 isn't as pronounced and for a 400 speed film, I do think it's quite sharp.

Dynamic range isn't great, although I did under-expose one shot and was able to recover quite nicely (Lightroom) and if your scene has a lot of detailed contrast (woods for example) I think it gives really ncie results. Big landscapes though where you don't have grads to bring the sky down might be disappointing (I know mine was).

The curl is pretty bad and had me swearing trying to get it into the scanner.

Overall, it's a nice film in flat light. It's pricey though and doesn't have the versatility of HP5 or Tri-X. If it turned up in my Christmas stockign I wouldn't be unhappy, but I can't see me forking out for a roll when I can get 2 rolls of HP5. 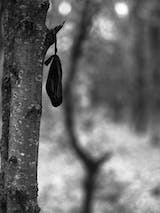 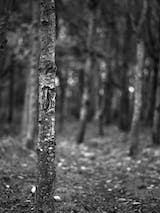 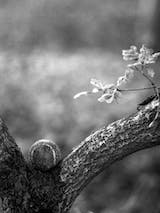 This film is super contrasty and quite punchy, a nice change but wouldn't shoot it all the time.

The negatives are EXTREMELY CURVY which for me, makes it very hard to scan.

I’ll be leaving reviews throughout the website with pictures for full frame scans, so if you’re like me who loves to see the entire image and border, you can see what the results will be like. 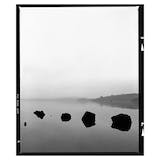