The JCH Street Pan 400 film has quickly gained a loyal following from 35mm photographers who love its high-contrast and high-grain feel. Images have an interesting charcoal result without losing the sharpness of the subject, and the emulsion is forgiving on overexposure. When paired with a dark red filter, you’ll find that this high contrast black and white film can also act as an infrared film  — with high sensitivity in the IR range.

To understand more about the details above you can check out our film guide or if you want some inspiration then head over to our page on choosing your next film. And if you want the full details about the film, including technical information, read about JCH StreetPan over on EMULSIVE.

JCH = Japan Camera Hunter = Bellamy Hunt, a man with the most enviable job in existence. He lives in Japan and spends most of his time sourcing film cameras that are rare, high quality, and in demand across the world. Not satisfied with making people's wildest camera dreams come true, he has recently branched out into producing his own film in 35mm and 120 formats. His Instagram account is one of the most beautiful accounts on the site - and rightly one of the most popular within the analogue world.

When you buy your camera film from us we can ship it across the UK, Europe, USA, New Zealand, Australia and Canada (more countries planned soon!) So buy your JCH StreetPan Film 35mm B&W ISO 400 today and dive back into the fun of 35mm film photography!

After seeing the results which other people were getting from this particular film I thought I had to give it a try for myself. I was a little unsure as to whether I’d be able to get the high contrast look that I like my images to have, but this certainly didn’t let me down!

This film must think I hate it. I loaded it badly so that it's dotted with tell-tale crescent moons; I managed to introduce a foreign body into the tank which spit some picutres in half; and I also managed to scratch the back of the final frames in spite of JCH's own assertion that "JCH StreetPan 400 has a gelatine back coating to prevent scratches on the back of the film which could be picked-up by image scanners"(I think I may have actually tried to wash the gelatine coating right off...). In spite of that it gave me photos that I really, really liked. The contrast sings and although I wouldn't necessarily want this all the time, with more careful planning I would pick this film first for certain situations. The photos taken out an about in the fields was very sunny. The swan day was grey and in London it was far more overcast and heading towards sunset and I think I needed to think a bit more about exposure. I've seen good results in low light in the reviews here so it can definitely be done. I liked this very much and I will definitely get more to keep in the stash because there will be times when this is absolutely the look that I want. 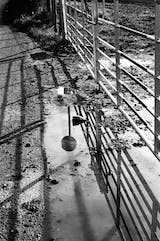 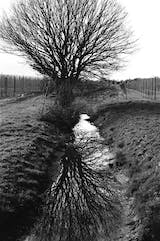 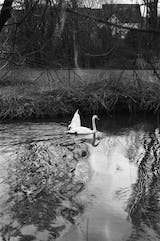 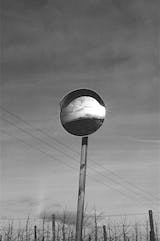 I shot a lot of this indoors and my god was it incredible, I'm yet to test it again but the grain was so fine, every image I took looked beautiful especially considering I was in a low light setting the whole time! Superb black and white stock I would highly recommend it. 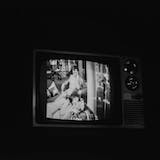 When looking at sample photos online I was afraid this might have a little too much contrast for my taste but I was pleasantly surprised. On a cloudy day it makes for some great people photos, with a boost in contrast compared to other black and whites without being over the top about it. In direct sunlight I think it's a little too strong, but it certainly gives a distinctive look.
The grain is present but it has good character and adds to the feel of the photo.
Definitely one to consider if you want a particular mood in your photos.
I have attached two pictures to demonstrate the contrast and how it changes with the environment. The image of the steps leading up was taken on a cloudy day (satisfying, not overdone contrast), the long grass leading to the tree was taken on a bright day with lots of of direct light coming down (very high contrast).
Direct light increases contrast with all films but I feel it's more pronounced on this particular film. You be the judge. 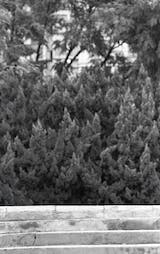 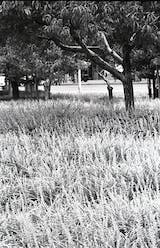 I love the contrast and feel to this film, It has a very similar feel to the old fuji neopan.