Kodak ColorPlus 200 35mm film with 24 exposures is a great option for photographers on a low budget or people testing new or refurbished cameras. A couple of quid will get you great colour reproduction, a forgiving exposure range, and good detail. Like the rest of us, the Kodak ColorPlus 200 performs best in sunny weather. Some also refer to it as Colourplus, Color Plus or even Colour Plus.

To understand more about the details above you can check out our film guide or if you want some inspiration then head over to our page on choosing your next film. And if you want the full details about the film, including technical information, read about Kodak ColorPlus 24exp over on EMULSIVE.

When you buy your camera film from us we can ship it across the UK, Europe, USA, New Zealand, Australia and Canada (more countries planned soon!) So buy your Kodak ColorPlus 24exp Film 35mm Colour ISO 200 today and dive back into the fun of 35mm film photography!

A good film budget film. I shoot it with digital And sometimes you get some unexpected surprises with artificial lighting. A great film if your looking for and classic retro film look. works best in bright natural light but will turn muddy and grainy if underexposed. If you shoot in mixed lighting embrace its quirky nature.

Now the cheapest colour film you can buy, but don't let the price fool you. This is believed to be Kodacolor VR, the stuff Kodak sold as it's main Colour film before the over saturated Gold was introduced. As such it does have an 80s look to it. Colours are accurate, not exaggerated. Grain is OK, and the latitude means you can over or under expose by at least one stop without damaging your images. I have used this in anything from point and shoot cameras, the Lomography kit camera, vintage 50s cameras and 90s SLRs. Whenever there's not too much cloud about this film gets the job done.

Kodak's equivalent of Fuji's C200, this film is a reliable alternative at a similar price. Good colour rendition on bright days, this represents good standard film stock. I was pleased with the results I got from the roll I tried. I havent tried it in a range of lighting conditions yet but will likely try to look at alternatives which inspire more. 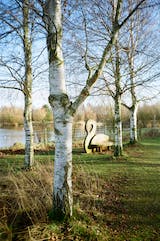 This film produces lovely colours and texture, especially for the price of the film, nothing to complain about and it is certainly one of my go-to films.