The Philosophy of Film

In this interview you will see that Jon refers to Kodak’s Tri-X as one of his favourite films. Don’t forget we have our Kodak/ Analogue Wonderland winter photo competition running at the moment, and we’re choosing to focus on the iconic black and white emulsion: Kodak Tri-X. Details about the competition can be found here along with limited time offers on all Kodak Tri-X film.

Last week we shared some extracts from Paul’s conversation with Jon Mided - the brains behind the digitaltruth.com and Massive Dev Chart empire. They met way back in 2019 in a London pub 😭 to chat about all things film. That article [The Massive Dev Chart Interview]covered the history, guiding principles and future of the Massive Dev Chart - and here we explore the softer side of film photography.

So: what is Jon's 'Philosophy of Film'?

Considering Jon’s photography career has revolved around numbers, timings and accuracy for all these years, you may assume his approach to film photography would come from a very scientific viewpoint.

In actuality, the way Jon spoke about his philosophy behind analogue photography seemed to be more about blending the worlds of science and art. The magic happens when you’re both scientifically accurate and creative in your approach!

Fundamentally: data is a starting point…

A key thing that Jon mentioned, that is also written in the Massive Dev Chart’s introduction (which he was sceptical that anyone actually read, but that’s probably just because we are too excited to get developing!) is that every single time and data entry is a starting point.

“… And it's my 100% belief that any time is a starting point. And anybody who thinks that a time is absolute, is simply wrong.”

For example, let’s say you start with a developing time of 10 minutes, the question is can you get a usable negative from that?

The answer may be yes but that doesn’t mean you have got your best possible negative, hence that time is a starting point. You shouldn’t be putting an important roll of film through anything until you’ve worked it all out. And working it out is a personal - not a scientific - concern. 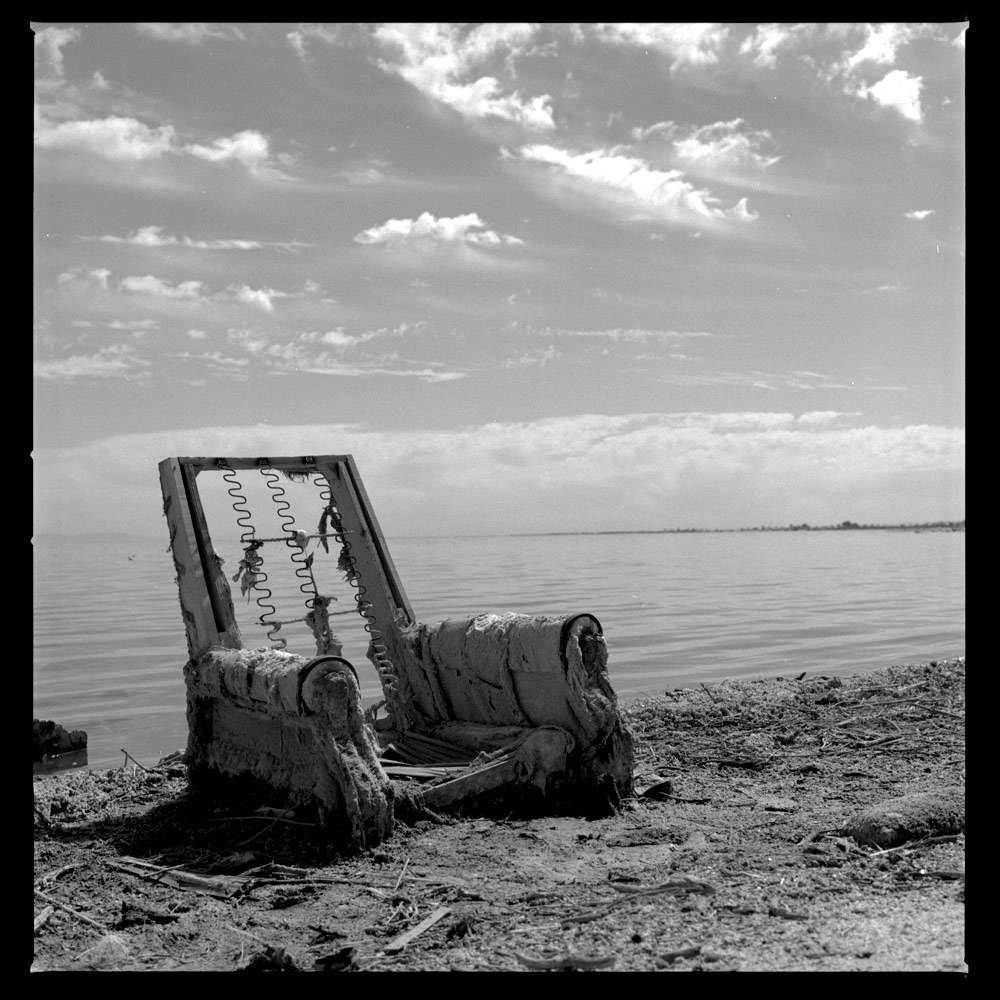 A bright day in Washington DC

The second point Jon mentions is, “what is a time?” What is an established time? Don’t worry, we aren’t getting too deep and philosophical here. Jon is referring to the multitude of factors that could affect everyone’s individual development times. People often ask Jon questions like why is this the time for x but it’s something different for y or why is your time x many minutes longer than the film manufacturer recommends?

But the data on the chart is always what other users have found to achieve the most accurate results. However there are lots of factors to consider, hence why no time can be ‘absolute’. He gives this example as follows…

“…it’s a cloudy, bright day in Washington, DC, at 12 noon, at a particular time of year, with a particular range of contrast. Well, if I don't have that, and I go out on a very cloudy day in Northern Europe, or a very sunny day in Southern Europe where there's very high subject contrast, or very low subject contrast, should I be developing my film the same way to get the same result? I mean, the answer is obviously no.”

Jon's choice to pick on Washington DC at 12 noon is not a random one - when Kodak designs their films they are looking to measure scenes against a set colour temperature for consistent results batch-to-batch. Based on colour theory convention they chose "Average Summer Sunlight at Noon (Washington DC)" = 5400K as the colour temperature for 'middle grey' and that decision flows through the way their films interpret the light in any given situation. 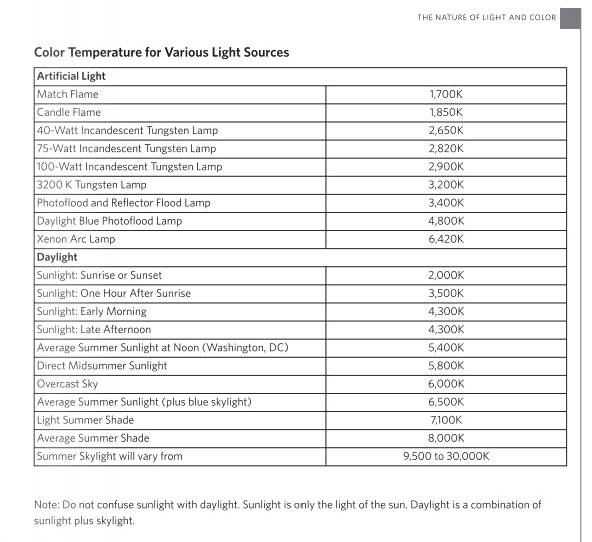 There are undoubtedly many factors to consider in the whole analogue photography process. But this should be seen as an advantage! The choices may seem daunting to some, and may even tempt you to opt for the ease of your smartphone camera. But all this choice means even more creativity! From picking your film, how you expose your shots, how you develop your negatives all the way through to printing in the dark room - we are lucky to have so many opportunities to make choices that impact the final image. Interpreting data is just another one of those choices. There is so much creativity at every step.

“…this is up to you as an artist, to then work with your materials over time and interpret that however you want to...”

And therein lies the objective of the Massive Dev Chart.

Jon says he will always lean towards over-developing rather than under-developing as it is a worse problem to end up with a thinner negative. If there is a case where Jon has several conflicting data sources, for example ten sources saying it should be 10 minutes dev time and another ten recommending 11 minutes, he will always publish 11. It is a better and safer starting point. 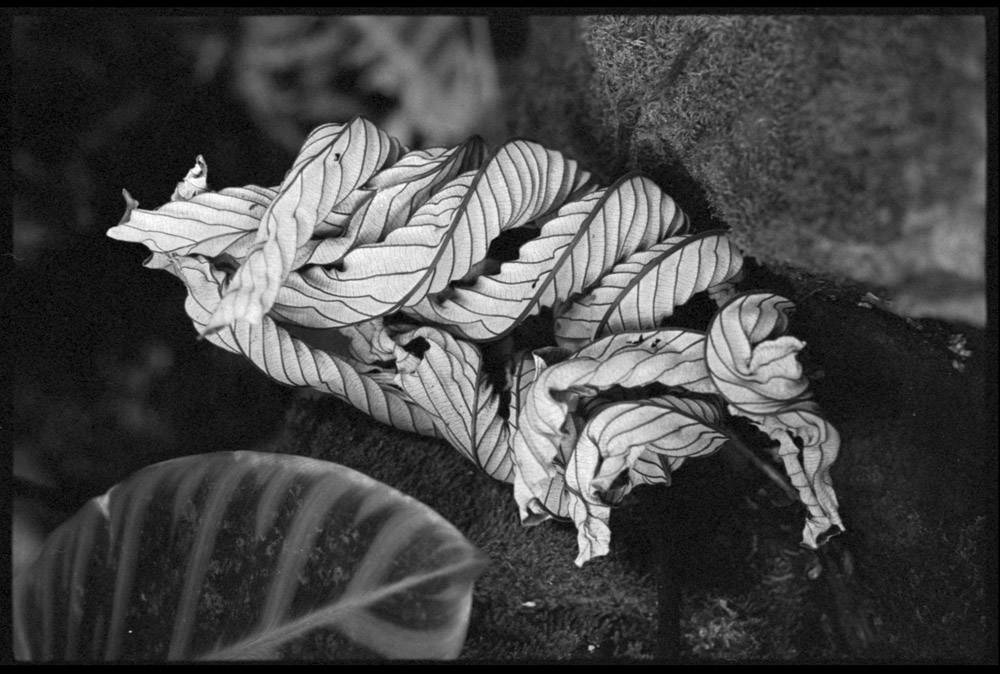 Discovering your own methodology

When people start off shooting film, they shoot LOTS of film. Later they realise that they really like a certain black and white film. And then a bit later, they might narrow down even more; a specific film in a particular situation at a certain speed, that gives them the look they want.

Jon suggests that even these factors are starting points, the next question is how do you develop that specific film shot at a certain speed, and then how do you print or scan. It goes on and on with countless possibilities, but once you’ve got your own methodology it doesn’t really matter, there is no need to ‘stick to the rule book’, enjoy the creative freedom and endless possibilities of film!

“I used to shoot Kodak Technical Pan. And develop it in Rodinal one plus 100 or 200, or 300. And really that was because it was cheaper than using Tecnidol and produced a result that I liked out of it. It was a very specific looking kind of negative and produced a specific kind of print. So, that worked for me, that particular combination. That’s it…it's not a science to me.” 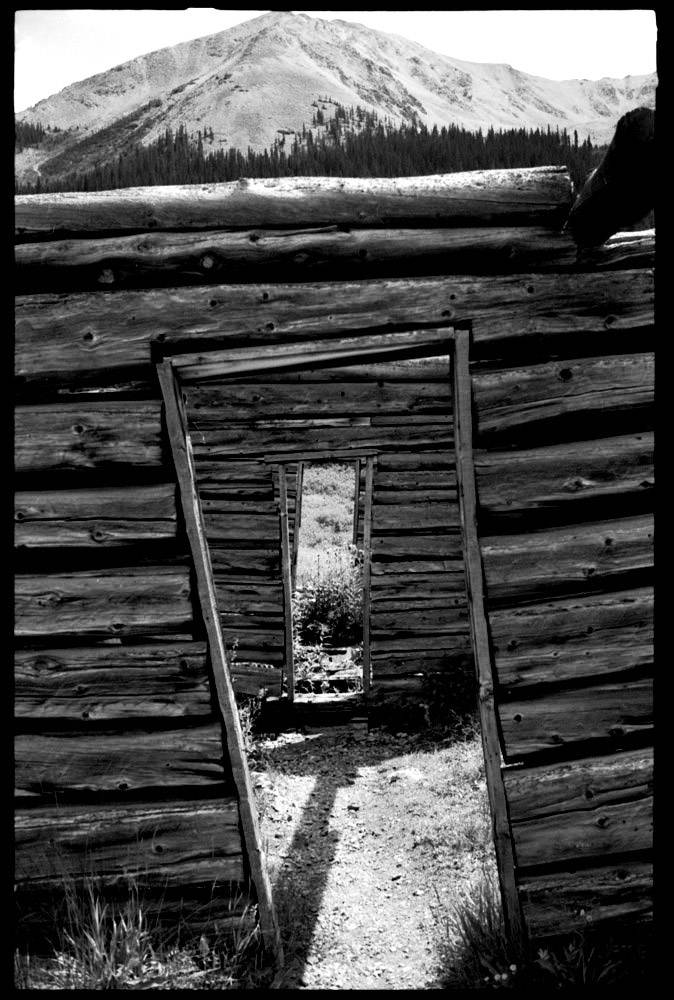 It could be said that sometimes the appeal of film photography versus digital is the restricted choice. With a digital camera, you walk out and flip between ISOs and countless other options at the press of a button. You can go from a sunny day to inside a church hall and back out again without having to do anything, whereas with a film camera you’re restricted to certain zones.

People can then get stuck on the path of ‘there is a way of shooting this film’ as if it is cemented in law. There are some who complain about shooting films for something other than their intended purpose, for example using portra to shoot landscapes. Yes, it is a film well suited to portrait photography, but if you like the way it looks with landscapes, then go for it!

There is heaps of choice when it comes to film photography, especially if you don’t get caught up in the recommendations and supposed ‘rules’. And actually it doesn’t matter!

Even Jon - the man with all that data - says he likes to use different combinations and experiment!

"I like to use different things, because I'd like to have that happy accident, not quite know what I'm working with, end up with different textures and things and just be a little more organic about it. But, if I had to just say one desert island combination then it's Tri-X and Rodinal.”

And this comes back to Jon’s approach of having a starting point to get creative from. Films all have their own characteristics and qualities but you have got to create a base to work from - there's no point going to art straight from the beginning. It is important to build up an understanding first.

You learn your craft and then you have license to mess around a little bit. And the Massive Dev Chart gives us the tools to do that! 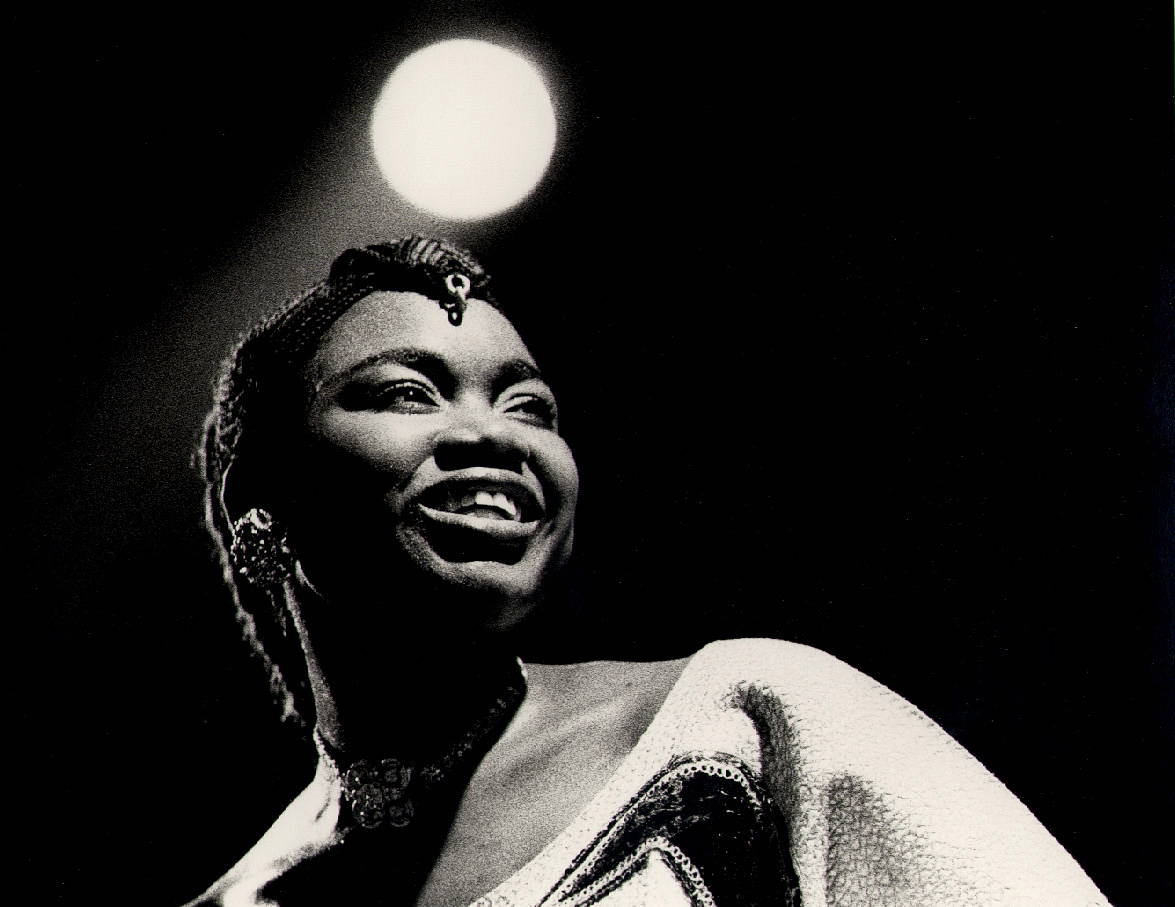 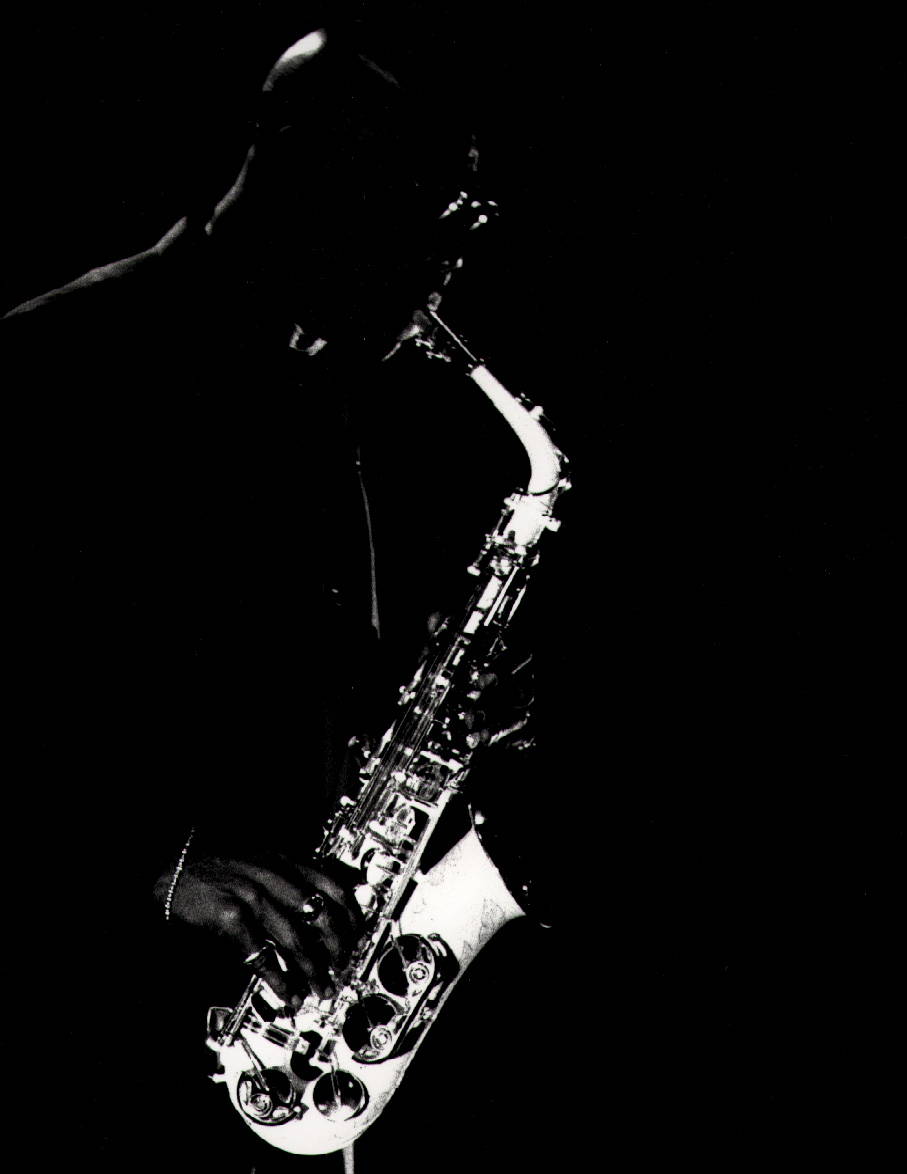 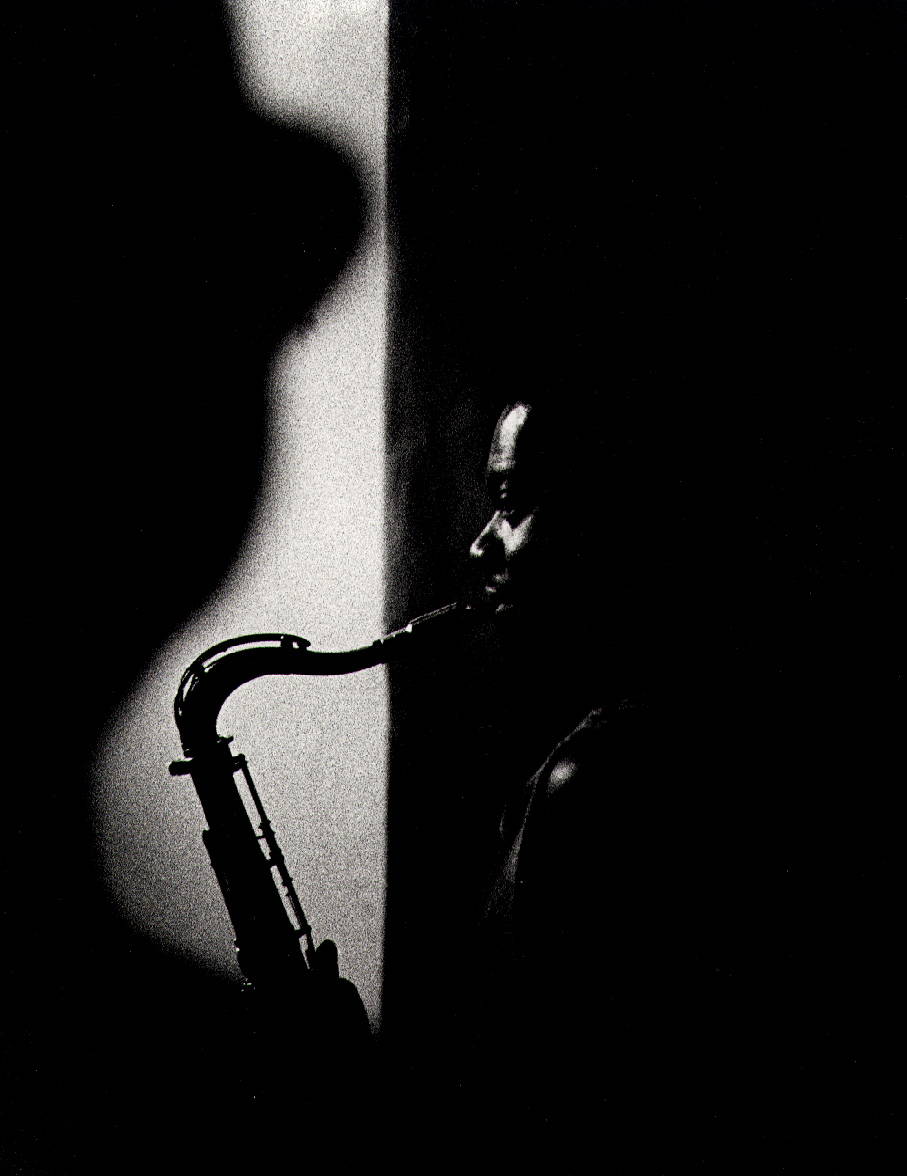 This article was written by Emma Lloyd from a transcript of the interview plus independent research. She's one of the team at Analogue Wonderland and can be found @ejlloydart!