A slow black-and-white film, this 35mm is well-suited to architecture, landscape and still life photography. It can be pushed or pulled by up to 3 stops.

To understand more about the details above you can check out our film guide or if you want some inspiration then head over to our page on choosing your next film. And if you want the full details about the film, including technical information, read about AgfaPhoto APX over on EMULSIVE.

AgfaPhoto is the film photography spin-off of the much-bigger German corporation Agfa-Gevaert. It's film heritage stretches back to 1964 when it began producing B&W films aimed at the consumer market but was set up as a separate organisation in 2004 to allow the parent company to focus on other industries. Much smaller now than it's heyday in the 80s and 90s, Agfa is known for film that is affordable and reliable - and had a passionate following in Poundland until recently.

When you buy your camera film from us we can ship it across the UK, Europe, USA, New Zealand, Australia and Canada (more countries planned soon!) So buy your AgfaPhoto APX Film 35mm B&W ISO 100 today and dive back into the fun of 35mm film photography!

Wasn't expecting too much to be honest but its very detailed, plenty sharp and has very good contrast. A very good option for anyone looking for a cost effective black and white film. Really happy with the studio portraits I got with this film. 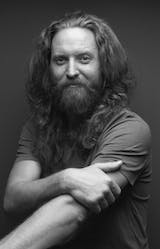 I shot this in a point and shoot with a flash which is hard to judge the film. There were a couple of daytime shots that turned out nice so I think for the price this is a decent film on a budget. 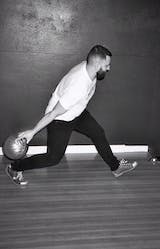 I tried this film as it was less expensive than other brands, but I was not disappointed. Lovely contrast and good tonal range. However the developer used needs to be chosen with care...I used ID11 with very good results. I certainly will buy this film again. 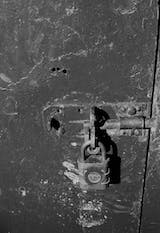 S
S.B.
Perfect for: Architecture, Creative/Abstract, Travel
Much better than I expected

Writing this review was an excuse to re-examine the shots I took on APX 100 and I was reminded of its qualities. I like the grain, the way it handles tone and its latitude, and it's pretty sharp with good contrast. The frames I've posted were stand developed in Rodinal 1+100. This emulsion would be worth 4* at any price and for only 10-15% more than other budget films from Kentmere and Fomapan, it's a bargain.

My one quibble is with the PET film base used: it's stronger, though thinner, than an acetate base. This has advantages, but makes handling less easy--for example, it slips in my scanner's film holder.

But overall this is a very pleasing film that's well worth trying.

A
A.
Perfect for: Creative/Abstract
I found this film surprising

I was impressed with it's low grain quality but it came out quite flat. That's not necessarily a bad thing if you like grainless flatter images, but I couldn't get on with the film.
It is cheap, so give it a go, but it isn't FP4.

I developed in Ilfosol which may acciunt for some of my issues but a lot of my negatives came out as a bit of a flat mess. I does seem to cope with tonal ranges though, but that is likely due to it's overall flatness. I'm sure someone could pull out some gems using digitial technqiues and maybe if you're looking for a flat base images with a fairly good dynamic range...this is the film for you?