Carefully crafted by our friends at FPP, this powder pack will be able to process a minimum of 8 rolls (but up to 18 is possible with care). Just add water to the powder, and then follow the enclosed instructions to develop your C-41 films!

When you buy your camera film from us we can ship it across the UK, Europe, USA, New Zealand, Australia and Canada (more countries planned soon!) So buy your FPP C-41 Developing kit today and dive back into the fun of C-41 film photography!

Can't complain in the slightest, im not new to developing films however its been a good 15years since I've been in a dark room but I can say this kit is very straightforward. The instructions are clear and easy to follow plus with a decent developing kit you can have a painless home developing system. Highly recommend. 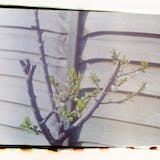 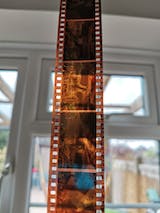 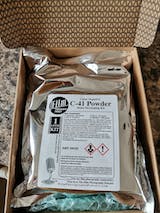 A
A.
Good quality and easy to use

I was quite excited as it was my first time developing colour films. I've always used monobath to develop B&W, so I was a bit anxious preparing the three chemicals at a precise temperature but all went well. You have to take more care because, as I said, the process is a bit more intricate than a monobath, but it is very far from impossible. If you follow the instruction in the bag, is quite straightforward. The only suggestion I can give is to do everything (developing included), possibly beside the sink and with a cloth or two in order to absorb the possible spillage of liquid. Be very careful especially with the Blix as it is the very smelly and toxic. Is recommended to use gloves and possibly a mask.
Enjoy! 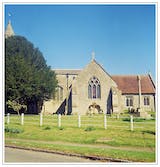 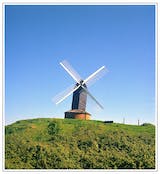 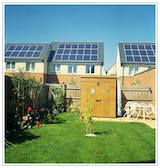 G
G.S.
Incredibly easy to use...even for me

I usually shoot and develop black and whi8te but wanted to try colour film as I had a load of expired stock and had bought some Portra 160 (Thanks AW).
Clear instructions explain what you need to do to mix all the powders together correctly and also have all the steps needed to guide you through eeveloping my first roll of colour.

Once I get the bottles up to temp it's away you go. I was worried I'd not be able to maintain the temp and my film would develop badly but it turns out I managed t pull out some great rolls.

I'd certainly be buying this pack again.
{sample shot developed with this kit on Portra 160) 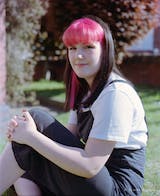 R
R.H.
Not as difficult as I'd imagined

I started developing my own b&w last year after a break of close to 40 years, but I gave no thought to colour. I *knew* it wasn't practical to do colour at home. A conversation in my local camera shop challenged the assumption, but when I looked into it online I discovered I was right all along: article after article saying that if you don't have absolutely precise control of temperature, you're doomed to failure. So when I bought the FPP kit, it was more in hope than expectation. However, after 4 rolls (3 35mm and 1 120) I think I can say that the process is nothing like so complicated as I had been led to believe.
Mixing the chemicals was very straightforward. I mixed them in bottled water and am using the same bottles to store the chemicals. That may not be the best thing to do, but I don't have any other 1l bottles to hand. I use a washing up bowl of warm water to bring the chemicals to temperature but because I only have 1 thermometer and want to avoid the possibility of contamination, I only actually measure the temp of the developer (which I understand is most sensitive). I'm not really qualified to speak about the quality of the results (except to say that I'm happy with them!), and I'm not ready yet to try an expensive film like Portra, but when I've exhausted this kit I will definitely be getting another.
I have tried one roll using a 45-minute semi-stand at room temperature (agitate for the 1st minute, and again halfway through) and that seems to work pretty well too - colours were more muted but these things are all a matter of taste, aren't they?
I've attached a few results for what they are worth. Film used was Lomo 400 and Kodacolor 200. Some of the scans were done using my phone. Only very minor tweaking has been done in GIMP.

Using this kit was my first time developing colour film at home, and I found it very easy to use. The instructions were clear, although they do include a stabiliser step even though the kit doesn't come with stabiliser which worried me a bit. Overall the pictures turned out really well, and I managed to get 12 rolls out of it. I also used it on a few souped rolls during my last run through with it and they came out great!