Created by the legendary Camerhack, with this device you will be able to shoot any of the 35mm films available in our store with minimal DIY required.

The Fakmatic adapter comes with an instruction booklet, and any specific technical questions can be addressed to Claudio at Camerhack

For more info about the background of Camerhack then head over to our interview with Claudio!

When you buy your camera film from us we can ship it across the UK, Europe, USA, New Zealand, Australia and Canada (more countries planned soon!) So buy your Camerhack Fakmatic Adapter for 126 Film Cameras today and dive back into the fun of 126 film photography!

NB: the brand is sometimes mis-spelled as Camerahack or Camerhak

This adapter thingy is very easy to use. A great alternative to reusing old cartridges! 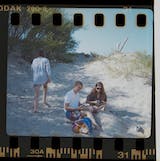 I like a 126 camera. They're cheap and usually pretty nasty. It's a fun way to photograph.

The problem being of course that you can't get film anymore. The Fakmatic solves this by letting you load any ordinary 35mm film into your camera.

It's pretty good. You'll need a dark bag to load it. It does help to have used one before, as it is a bit tricky sometimes. It comes in two parts, so keep this in mind wgen loading your camera. The first one I used was a Kodak Instamatic 500, which is actually a pretty decent and solid camera, so it isn't too leaky; I'd suggest extra sealing precautions though.

Some sample shots. Nothing earth shattering, but gives an idea. 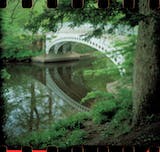 Extremely simple to use, but requires a bit of practise.

The first thing to note is which way the yellow wind-on spindle goes in. Get it upside down and you'll be upset..
The second thing is that there is no mechanism for knowing your film is finished, so I taped a match to the end of the film strip so that it met resistance at the end and I knew when I'd finished. If you go the old fashioned "count in your head" method, you'll get about 18 exposures from a 24 exposure roll of 35mm (assuming a double wind on between shots)

Well worth a go, and not every Instamatic is a plastic "fantastic". The 500 is fully manual! 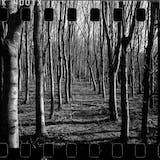 Very easy to load in a dark bag, I found it easiest to tape the spool to the film in the light before putting the whole assembly in he dark bag.

I brought this to shoot 35mm in a Kodak Instamatic233, as always with AW it arrived on time and in perfect condition etc...

It's a very simple little gadget, 3 pieces plus a little shim if it doesn't fit snugly in your camera, however mine fit perfectly and just needed a little extra push to get the back closed over it, nothing excessive.

The instructions that came with it weren't in the clearest English but there are plenty of helpful videos online covering the subject (including the ones helpfully linked to the product page above) that very clearly explain how to use this and a couple of pitfalls to watch out for; mainly remember to effectively cover up the little viewing slot on the back of the camera if it has one and to shoot at least one blank frame between each frame to compensate for the differential in film size.

A few mention problems with winding on and the sprockets on the film mismatching a little lever in the camera however my camera has this lever and still wound on perfectly every time.

I shot one blank between each frame but haven't got the photos developed yet so can't comment as to whether more would have been better.

It's best to avoid 36 exposure rolls for this as it can only fit 24 and its a shame to waste the film.

Loading it was very simple with the use of a light bag.

Out of the bag I taped the end of a 35mm roll to the green spool then put it in the bag with scissors, the fakmatic cartridge and the camera. I wound out the film onto the spool, cut it with approx. an inch left on the original case and then unwound the film in a tight roll and slotted it into the fakmatic cartridge.

This was a tiny bit fiddly as the film needs to slide into the cartridge neatly with both the green spool on one side and the wound film into the opposite cylinder and the length between slotting into the slit it will pass through when shooting, but I managed it on my first attempt with a little bit of feeling around.
Then you put the top on the cartridge, load it in the camera (important to do this in the bag as it isn't light tight in the fakmatic alone) and it was ready to go.

Once the roll was done, which you can easily feel, I put the camera and the original film case back in the light bag. Unloaded the camera and cartridge, reattached the film on the spool to the tail end of the roll in the original case using the tape that had held it to the spool and then wound it back in, making it easy to send for development.

Overall, very pleased, a simple and effective little product that now lives in my 126 camera and should last as long as it does at least.