P30 is the first film to emerge from the new life of Film Ferrania! A brand new panchromatic ISO 80 B&W emulsion based on the historic cinema formula from the mid-20th Century. It has gone through extensive original testing and is now ready for the wider world!

Expect rich contrast and detailed highlights for a strong final image - delivered by the high silver content and cinematic heritage. Please note that P30 has a narrower exposure latitude versus many black and white films, so spending time to get an accurate exposure will reap serious rewards.

Film Ferrania have compiled their top hints and tips for getting the best out of P30 35mm film in a useful document that is available for free download here: P30 Best Practices

The Ferrania brand has a long and illustrious history. Starting life as an explosives factory in the late 19th Century, the Italian plant was turned to producing cinema film in the 1920s. Riding the wave of analogue photography they quickly added consumer formats to their range but kept cinema as their core business.

The commercial success of films shot on Ferrania (including P30!) like the Oscar-winning movie 'Two Women' kept momentum throughout the later part of the 20th Century - with many Italian and European film-makers choosing to shoot with the Italian stock. The company also produced many films and film-chemicals for other brands.

The turn of the century brought the rise of digital and the inevitable pressure on financial security. The plant continued to operate in a reduced capacity until finally closing in 2010....until Nicola Baldini came to visit in 2012 and decided to restart the operation! A 2014 successful Kickstarter followed, along with many years of gathering the team and resources to deliver their goal of 'fundamentally changing the way you buy, use and process film in the 21st Century'.

P30 is now in continuous production, proudly Made In Italy, and is HERE TO STAY!

Read more about Ferrania in our launch blog here

Based on 24 reviews
Write a review
71%
(17)
17%
(4)
4%
(1)
4%
(1)
4%
(1)
A
Analogue_dan
Perfect for: Portraits, Landscapes, Street Photography, Pinhole/Long-Exposure, Architecture, Creative/Abstract
Sharing with the Film Community: Yes
Accreditation Handles: @analogue_dan
My God, the Contrast!

I was super excited to shoot P30 as I love contrasty films like Fuji Acros, Kodak Tri-X and Ilford Ortho Plus 80 - this was another level though! This film most defiantly has Orthochromatic properties to it, so I figured it would be a great Portrait film. Yes it is - however it has a terrible exposure latitude for a black and white negative film. I developed P30 in LC-29 (this is not a recommended developer by Ferrania for this film) and found the shadows dropped off quickly and the highlights were unforgiving. It's a film that really demands a decent exposure from the get-go, as not much can be saved in scanning without ugly side-effects. However, it is lovely and sharp and does deliver on that promise of bags of contrast.

Overall, I would say that film would perform best on flatter weather days to counteract the contrast of the film. It is a good portrait film but be warned, this film controls you, not the over way around! 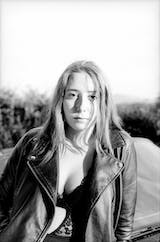 I chose to shoot this film at a local custom car show, and it really did the business for me. Bags of contrast make this film perfect for photographing bright, shiny subjects, where bright whites, inky blacks, and a whole array of tones in-between are the order of the day.
It develops nicely in HC110 B, and is easy to load onto the Paterson spiral.

If you've not tried this film, why not grab a roll and give it a try!?.....I'll certainly be shooting more in the future!

I had to try Ferrania P30 to see what the fuss was all about and I am not disappointed with it. I can see whay Italian Film makers stayed loyal to Ferrania P30, it has that classic cinema feel to it. I found it to be a very good experience as I shot this film with my Nikon F801s and relatively modern 50mm f/1.8 D lens. I like the way it renders rich blacks yet still has shadow detail. I developed my roll in Kodak HC-110, but will be trying another roll and developing it in D96, the recommended developer for this film, at some point in the future. It just has a timeless quality that i like and it's well worth experimenting with. 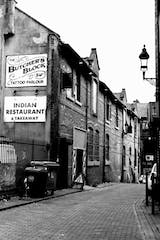 I am on my first roll of P30. With other reviewers and a youtube video discussing the care needed in exposing this film, I cut the film after 12 exposures, to see how my results looked.

After developing in Fotospeed FD10 for 5 mins, the negatives are good.

My best images were of high contrast scenes, with clear bold shapes. The tonal range is great, blacks are dark and the grain very fine. By contrast, a shot in the shadow side of a large building, looked dull and under exposed. Even a second shot of this scene, rating the film at 40 ASA, didn't look much better.

So for the remaining shots on my roll, I'll take studio, portrait and architecture images, with high contrast, bold shapes, uncluttered backgrounds and enough directional lighting, whether strong or soft.

This looks to be a wonderful film. I am glad to be trying it and recommend it. 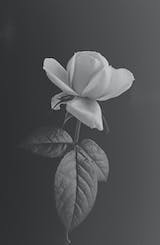 I purchased 3 rolls of this film recently and tried the firs out in my Nikon F4 Putting a Dx lens on this beast is not a good idea and exposure was way of. Changed to a rather ancient vivitar zoom and 8 min was suggested for D96. The resulting negs looked very thin. but some of the images looked ok after minor adjustments in Lightroom. I plan to try development in Rodinal and Ilforsol 3 and report the results here The film definitely has a character to it being contrasty and fine grained I could get used to this type of image 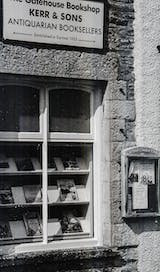