An extra-fine-grain film developer. This is the chemistry to use when you're after MAXIMUM detail and definition from your negatives - particularly if you're going to be high-resolution scanning or printing at a significant size, you will appreciate the increased image quality. Match with slow and medium-speed films for the best possible final results.

The three packets included contain enough chemicals to process 4 rolls of black-and-white film (35mm or 120) at a time.

When you buy your camera film from us we can ship it across the UK, Europe, USA, New Zealand, Australia and Canada (more countries planned soon!) So buy your Ilford Perceptol B&W Film Developer Kit 1Ltr today and dive back into the fun of B&W film photography!

Stupendous sharpness and fine grain , though at a cost of some film speed. Creates a fantastic range of tones with a slow film,

I had not used this developer before and so wanrted to give it a good try out.
Firstly I developed Ilford HP5 12 rool film which I pushed to 3200 Ths needed 41 min with a dilution of 1: 3 the images were crisp clean and very grainy which was expected at this speed.
I then tried
Kentmere 400 developed with stock solution for 123 min
Ilford HP5 developed for 9 min at 24 c giving an as rating of 250 asa
Then Agfa APX 400 developed in a solution of 1:1 for 23 min
In all cases I was very pleased with the results and the detail that resulted from using this developer. All of these film are nominal rated at 400 asa however perceptol actually reduces this nominally to 320 asa but the results are great. A developer I will use again

Okay, I have ordered both film and developer from Analogue Wonderland and on both occasions have been asked later to review the products ordered but did not, do not feel qualified to review them. Why ? I have returned to photography after quite a number of years without making any serious images. In the eighties my last camera was a beautiful little Linhof medium format that I wish I had now. I had begun to get to grips with using the zone system to expose the Ilford black and white film I used and had some prints shortlisted for a local arts exhibition ( but did not make the final selection). Then I bought a boat and the photography stopped.
Now retired I wanted to use my time to again to attempt to produce some good (mainly) black and white, predominantly landscape or abstract photographs. I started with a digital kit which was a good way back in but it wasn't long before I was drooling over some lovely old film cameras and finally decided I wanted to shoot 5x4. black and white film. Good old ebay threw up some cheap ( my budget is severely limited) large format cameras and I secured an old kodak 3 ,5x4 monorail (there is one in the science museum collection !) which is built like a tank and weighs like one too. I love it. But, it is not very practical for carrying around in a back -pack with an eighteen inch rail ( I have been unable to find a short rail) So a second hand Toyo from Japan is going to replace it. Currently I scan the negatives into my computer, a darkroom still undecided but a considerable probability
Anyway, the essence of what I am trying to say is I have yet to get to grips again with the nuances of exposure development and the final print given the amount of time away from a film camera and darkroom. I have only just got to grips with using a changing bag and loading the film slides. Furthermore the first time I shot some film I failed to pudh the slides all the way home and fogged the top of the image !
But, the Fomafilm does all I need it to do currently and I like the results. My perception is that it is a little more contrasty than Ilford film in the lower speeds but that may be as much to do with me as the material. I have used Ilfosol, ID11 and Perceptol and have been happy with all three but my eye and experience is not yet practiced enough to discern the different qualities of each. However, I have used Fomapan 100, 200 and have some 400 yet to try and have been very happy with the results. The one difference I did notice from film used in the past is that the Fomapan base is quite thin which requires slightly more nimble fingers to get it into the developing spiral.
I shall continue to use Fomapan and for a while stick to one developer so I can begin to try and evaluate. I find it is much harder to evaluate the development of my own skills if I constantly use different materials. Once I am happy (or happier) with my work I can then begin to explore the qualities other products offer but only if they are going to improve the final print. 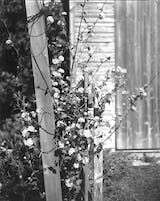 I have to use up some Rodinal liquid first so it's great that, in powder form, the Perceptol will be ready for my next roll of FP4.
Looking forward to checking its promise of extra fine grain!