Perfect for the creative photographer who's comfortable in manual mode and experimenting outside the common film speeds!

The full tech sheet is available to download here

For more information about the different Lomography kino films then shop the full collection or read our article explaining the differences.

When you buy your camera film from us we can ship it across the UK, Europe, USA, New Zealand, Australia and Canada (more countries planned soon!) So buy your Lomography Fantome Kino 35mm film today and dive back into the fun of 35mm Lomography film photography!

I bought this just for kicks. My go-to black and white film in Ilford Pan F. I processed it at home in Ilford Ilfosol 3. I used a 1990's Canon EOS camera with an automatic film winder. I metered most shots and got a few overexposed, not badly, just brighter than I expected, but the ones that were right were priceless.

Very sharp, high contrast, not much grain. They were good to produce negatives to use with Cyanotype prints.

The low ISO makes certain subjects hard to capture, it is never going to be your everyday film. But pick the right subject and light and you have something very special. 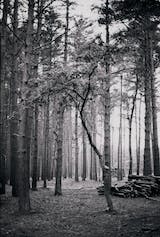 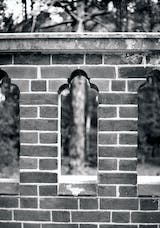 Having used all of the other LomoKino films this was the last one to try. Being iso 8 I waited for a bright day, and put a roll in my Canon EOS with the 50mm 1.8 to allow me to use the camera handheld.

Once developed and scanned, I was blown away by the quality of the images, no grain anywhere, and superb image detail.

The only downside to this film is that it dried very curly even after being dried with a weight on the end.

Overall this film needs a bright day and wide aperture to get the best from it, but you will love the results, and just need a bit of patience if you do your own scanning.

Loved the contrast in this film and the rich blacks. There are limitations of course. On all but the very brightest days you'll want a tripod or incredibly steady hands to have your lens anything other than wide open but it is possible and you are rewarded for the effort. I haven't been a fan of previous Lomo Kino films that I tried but this developed in Rodinal is one I can definitely recommend. A word to those home developers though if I could knock half a star off I would. This film is incredibly curly. Think Jeff Lynne's hair at peak ELO or perhaps a poodle with a perm. It went on the reel easily enough but scanning was a challenge.

Finally got to try a roll of this that I bought late last year. The weather was very bright (EV around 13-14 in the open)and very contrasty. So I allowed my conceit to get the better of me and headed out onto the coast with the Fantome loaded into a Pentax MX (because it'll meter down to ISO 6) with the kit 28-80mm, f3.5-5.6, zoom (because I couldn't be bothered to carry more than one)

Not a single shot was at faster than 1/45th and for most I was trying to hand-hold at 1/20th or slower and sharpness went out the window apart from a few blind luck shots.

I was then faced with the problem that there were no listed dev times for any of the developers I keep to hand. So I took a stab at 7 minutes in ID11 which worked ok but could probably have been 30 seconds or so shorter. The highlights weren't fully blocked, but they were so close that I couldn't separate them scanning at 16 bit.

Despite all that, the film produced some really nice punch. Masses of contrast and a really impressive tonal range. Where the shake didn't soften it, there's plenty of definition and very little grain.

The base is exceptionally clear and it dries easily BUT the curl is an absolute nightmare. Having dried with weighted clips, as soon as the first strip was cut, it coiled itself up into a circle. The second strip curled tighter, then tighter again, until the final strip which made 2 complete turns on itself! That made handling for scanning very difficult indeed and is the only reason it lost a star on the rating. 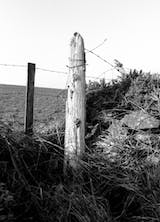