CatLABS X FILM 80 is a fine-grained slow-speed, high silver content film, specifically designed for a huge array of shooting conditions - although note that the grain visibility will likely increase with the ISO used!

Rate it at 50 ISO when shooting in under studio situations if you're looking for fine-grain, but it can be pushed up to 800 while still delivering great results.

Enjoy exploring its exposure range and please share your results and experiences with us! Also available in large format (4x5) here

When you buy your camera film from us we can ship it across the UK, Europe, USA, New Zealand, Australia and Canada (more countries planned soon!) So buy your CatLABS X80 Film today and dive back into the fun of 120 film photography!

I shot this in my improvised studio, (kitchen shelf) of a small statue ornament that I had aquired, Exposure range 1/15 10 1 sec at F8 ( metered exposure !/15) the resulting images all looked good and minor deviation round the metered exposure worked however the one second exposure produced major grain. Developed in Rodinal at 1:50 for 15min. When the exposure is set correctly the image is smooth and very fine grained. It is definitely a film I will return to 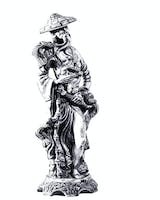 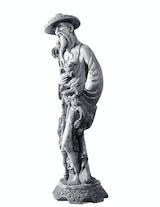 This was a random pick from the shelves while browsing in the bookshop at the Photographers Gallery in London (which also sells film, photo pickers). In the spirit of, "oh I haven't tried that before, I'll give it a go" I added a few rolls to my bag. Some I shot in Glasgow, on a day when the weather threw everything at me (typical West of Scotland weather!) and some I used during a favourite walk round a pond in my local woods.
The tonality feels very different from many modern films (and I've used a lot of different films since I started taking pictures in the early 80s)-I'd describe it as smoother, richer, as having more depth. You could describe it as that old school thick emulsion look-if you used emulsions like Panatomic -X or Verichrome Pan then you'll love this one. For my initial experiments, I've been developing it in ID-11 1+1, but I really trying it with tanning and staining developers like PMK Pyro, Moersch Finol and Pyrocat HD. Verichrome Pan in PMK was a big favourite of mine , so a slower fine grain emulsion like Catlabs should be an excellent match. Oh, and I've had no backing paper issues with any of the dozen or so rolls I've shot-overall I would definitely use this film again, especially if I can get my hands on a few boxes of 5x4! Just pick a sunny day or take a tripod though as it's ISO 80 not my usual 400. 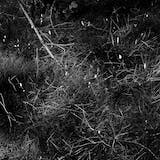 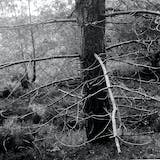 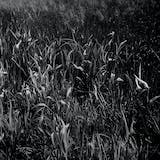 As has already been remarked, this film is Shanghai GP3. It’s a traditional, medium speed film that I’ve always found to be pleasant and predictable to use. I haven’t shot it for a while because it went through a phase of poor quality control - the ink from the dots on the backing paper left marks on the emulsion.

These problems seem to be in the past and I enjoyed using it. If you like traditional emulsions I can recommend it. 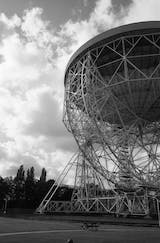 Or at least the little piece of the sticky tape on the end says so. AW does not carry GP3, so I guess a good source if you want to try it? Shanghai is good film.