Svema Foto 400 is a high-speed panchromatic film with good exposure latitude. It has good separation in the green colours so is a great choice for B&W landscape photography - plus it's backed on a plastic that dries very flat post-developing (good news for people who scan at home!)

Svema was the number one film manufacturer in the USSR. After the USSR broke up, competitive pressures increased and Svema's market share was quickly eroded. The consumer brand didn't survive the 00's but the same factories and machinery continue to produce fresh emulsion in bulk which is hand-rolled into 35mm canisters by the FPP!

When you buy your camera film from us we can ship it across the UK, Europe, USA, New Zealand, Australia and Canada (more countries planned soon!) So buy your FPP Svema Foto 400 35mm Film and dive back into the fun of 35mm film photography!

I put this through my Olympus Trip 35. I managed a few nice shots with not too much grain and some nice contrast but it varies a lot depending on the light and, as usual, is probably better when it's brighter. I would give it another go for sure. 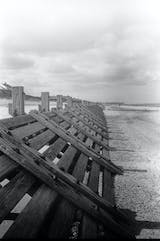 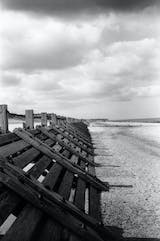 It is possible that something went wrong in the lab as my roll of Svema 400 came severely underexposed. Or maybe my camera got the DX code wrong, I don't know. The result was quite dark so I had to brighten up the image while scanning hence the gritty, grainy look (I think). But other than that it looks like it's a rather regular, black and white film but costs £12 for 24 frames. Sure, its packaging looks really cool and having a film produced in Ukraine on machines inherited from the former major Soviet producer gives you unlimited free drinks on every party (right?) but in my opinion, it's not worth it. If it was 36 frames long, maybe I'd try it again but right now I really can't justify the cost.

To start with I did under develop this film by about 1 min from with I can tell and I am kicking myself.
But I did get 3 or 4 great shots from this and I will be ordering more for the winter. The film is slightly thin and was not the easy to load into the tank.

But even from these results you can see just how good it is. The grain is very fine for a 400ISO film and the contrast is high (the things I like in a film). comes highly reccomended. 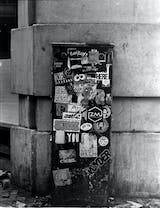