Announced: the winners of 'The Finest' Competition! 🏆 A great value 35mm film that faithfully reproduces colours and skin tones in low-light while colour-balanced for flash - this is an excellent general use emulsion. One to have on back-up at all times!

To understand more about the details above you can check out our film guide or if you want some inspiration then head over to our page on choosing your next film. And if you want the full details about the film, including technical information, read about Fuji Superia over on EMULSIVE.

When you buy your camera film from us we can ship it across the UK, Europe, USA, New Zealand, Australia and Canada (more countries planned soon!) So buy your Fuji Superia Film 35mm Colour ISO 400 today and dive back into the fun of 35mm film photography!

It's in the title! Provides great color and grain. The speed is perfect for any situation. Great travel film. 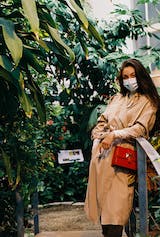 I loved shooting this film on my week away in scotland, the colours came through perfectly and I couldn’t of asked for better photos

Really nice film. I love the look of greens with it. It seems to me pictures look a little bit cold, but that maybe be an impression. Fine grain. Cheap. You can find it easily. Great all-rounder.

Pretty new to photography and film in general, have been more interested in black and white. But for my first colour roll this was quite enjoyable and sold me on colour, will buy again. 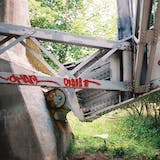 Picked up a couple of these films in a high street shop as I wanted some film to play with and there was no choice.

Having mostly used 100/200 ISO film as a child and teenager I find the current proliferation of 400 speed 35mm films a little too grainy for my taste.

Using this in summer daylight meant small apertures and fast shutter speeds so pictures were nice and sharp, but the colours sometimes seemed a little flat, particularly when there is water involved.
Maybe it was because I was slightly overexposing the film.