A fantastic 120 slide film that is a better portrait emulsion than the ISO 50 variant due to the slightly subtler saturation and contrast. However landscape, street and wildlife photography will still glow with vivid colours and beautiful shades! A fantastic holiday film for medium format photographers who love slide.

To understand more about the details above you can check out our film guide or if you want some inspiration then head over to our page on choosing your next film. And if you want the full details about the film, including technical information, read about Fuji Velvia over on EMULSIVE.

When you buy your camera film from us we can ship it across the UK, Europe, USA, New Zealand, Australia and Canada (more countries planned soon!) So buy your Fuji Velvia Film 120 Colour ISO 100 5-pack today and dive back into the fun of 120 film photography!

I have recently returned to medium format photography and have been giving various 120 films a try. I have had various results results mainly from failures in equipment but this one was really unexpected. I had tried the Velvia 50 and had exceptional results and had expected something similar for this also. I realise that Slide film can be fickle but not as bad as this. I cannot say that this was not due to some other factor rather than the film itself but I did everything correctly, storage, exposure and used the same processors. I was really surprised at the results. Having said that I got some good results straight from the camera, and most were able to be 'rescued'. I will certainly give this film another try and hope for the best, I really hope it does work and this will be a solitary bad experience.

The images I have included were taken a mamiya 645 camera or a Mamiya Press 6 x 9 camera many years ago. The colours rendered are fantastic and this film is a preferred choice of many professional photographers. Not a cheap film to purchase but the quality you get is well worth it 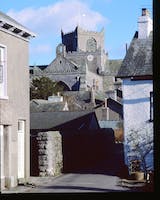 H
Harry Bennett-Snewin
great when you get the exposure right! 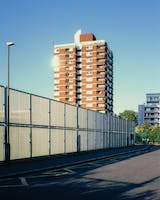 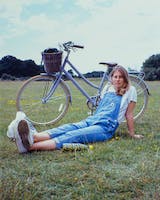 OK so lets get the negative points out of the way, it's relatively expensive to buy and to have processed (at least in the UK). That said, the results obtained can be spectacular and worth the out lay. I tend to use Velvia 100 for one off special occasions. This summers road trip around the Canadian Rockies being a good example. I've included a sample shot taken late on an overcast day of Lake Maligne in Alberta. What more could you ask for from your filmstock? Go on, give it a try.